LAKE PLACID, N.Y. – Karly Heffernan had two goals and an assist as Canada defeated the United States 4-1 Thursday in the opening of a three-game under-18 women’s hockey series between the archrivals.

Head coach Laura Schuler believes that the forward from Sherwood Park, Alta., is not just a great scorer, but a leader on the ice. 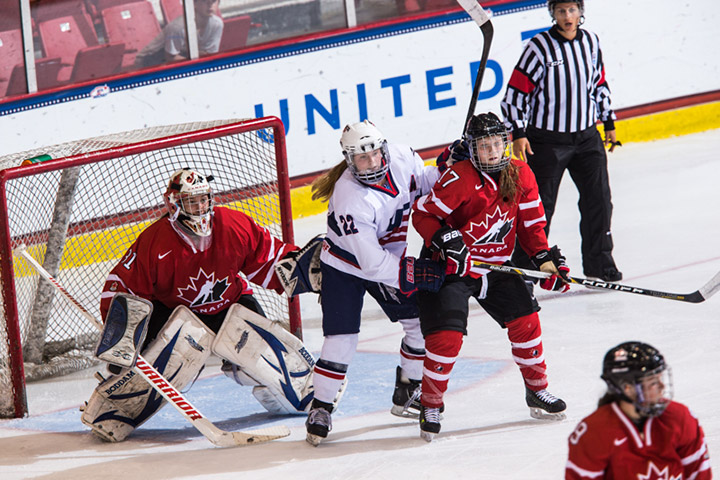 “She’s definitely one of our leaders, so I was really happy with her performance,” said Schuler. “Just a smart player, doing the little things she needed to do in order for us to be successful.

“Really just as a leader, she can control her line. Talking out there and dictating where people needed to go.”

Vancouver’s Hannah Miller had a goal and an assist and Victoria Bach of Milton, Ont., also scored for Canada while team captain Lauren Wildfang of Waterdown, Ont., added two assists.

Taylar Cianfarano replied for the U.S.

Shea Tilley of Shallow Lake, Ont., made 25 stops in the Canadian goal.

“We’re really happy with (Tilley's) performance,” said Schuler. “She was really poised and controlled. Really, really calm in the net. She made some really good saves for us, came up with some good saves.

“The game could've been closer but she made sure that didn't happen.”

The three-game set is part of Canada’s preparation for the 2014 IIHF Ice Hockey U18 Women’s World Championship next April.

The teams play again Friday before finishing the series Sunday.