DAWSON CREEK, B.C. – Shakhir Mukhamadullin hammered in a power-play goal 5:43 into the second overtime, giving Russia a 2-1 win over Canada East on Sunday night and its first-ever gold medal at the 2019 World Junior A Challenge.

The Russians – who are the only team other than Canada East and Canada West to play in all 14 editions of the tournament – won their first gold after three losses in the final, including a 2-0 defeat to the U.S. last year.

Early in the second overtime, with the Russians enjoying just their second man advantage of the game, Mukhamadullin ripped a one-timer off the arm of Canadian forward Charles Tremblay (Saint-Félicien, Que./Longueuil, LHJAAAQ) and past goaltender Devon Levi (Dollard-des-Ormeaux, Que./Carleton Place, CCHL) for the game-winner.

Levi and Russian counterpart Yegor Guskov were the story for more than 80 minutes, both allowing just a single goal in the final five minutes of the third period.

Russia took the lead when Pavel Tyutnev gathered in a rebound off the end-boards and beat Levi with 4:21 left, but a pair of puck-over-the glass penalties and Levi on the bench made it a six-on-three for the Canadians, and Ryan Alexander (Toronto, Ont./St. Michael’s, OJHL) finished a cross-crease feed from Ryan O’Hara (Oakville, Ont./Oakville, OJHL) with 62 seconds to go to force overtime.

Both teams had their chances to open the scoring; the Russians hit two posts in the opening five minutes – and five overall – and Tremblay was turned aside by Guskov on a penalty shot midway through the second period after Matthew Vermaeten (Ottawa, Ont./Rockland, CCHL) was hooked on a breakaway.

East had arguably the best chance of the first overtime; Dovar Tinling (Pointe-Claire, Que./Hawkesbury, CCHL) beat Guskov off a Tremblay rebound, but was inches wide of the net. 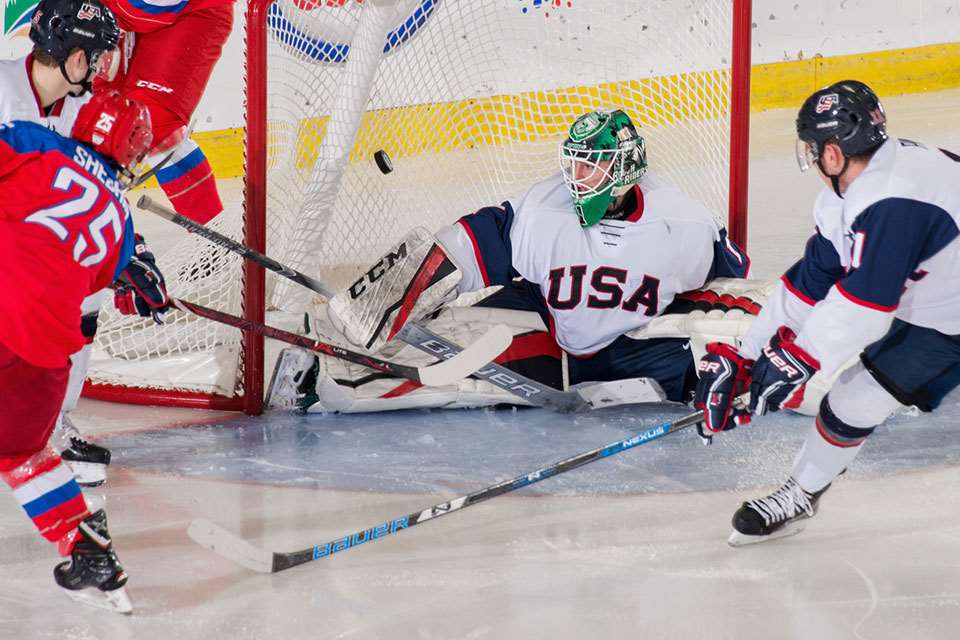 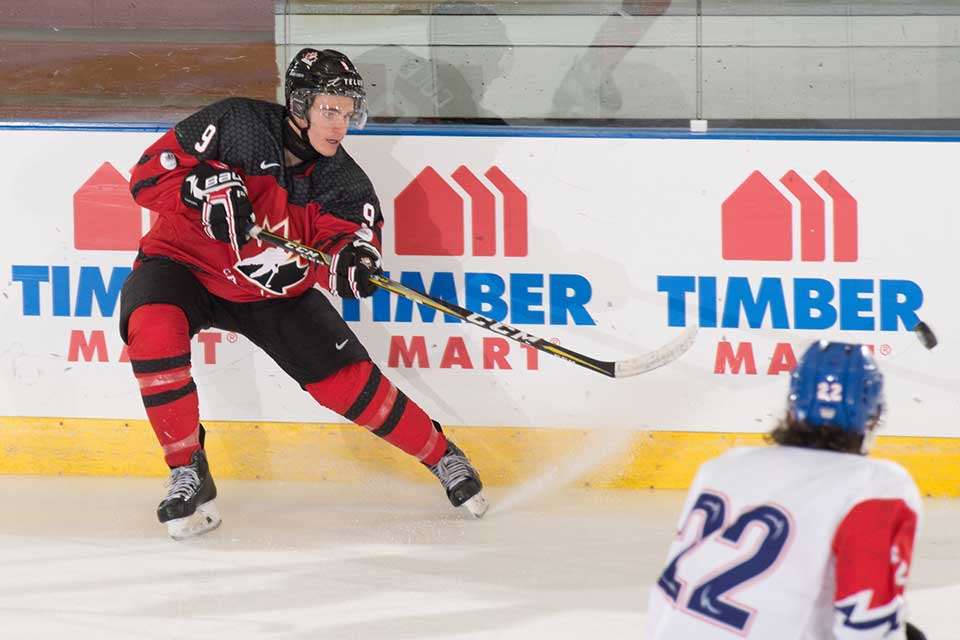 2018 WJAC: CZE 4 – CAN-E 2 (Preliminary)
Sedlak scored a hat trick to send the Czechs into the semifinals. 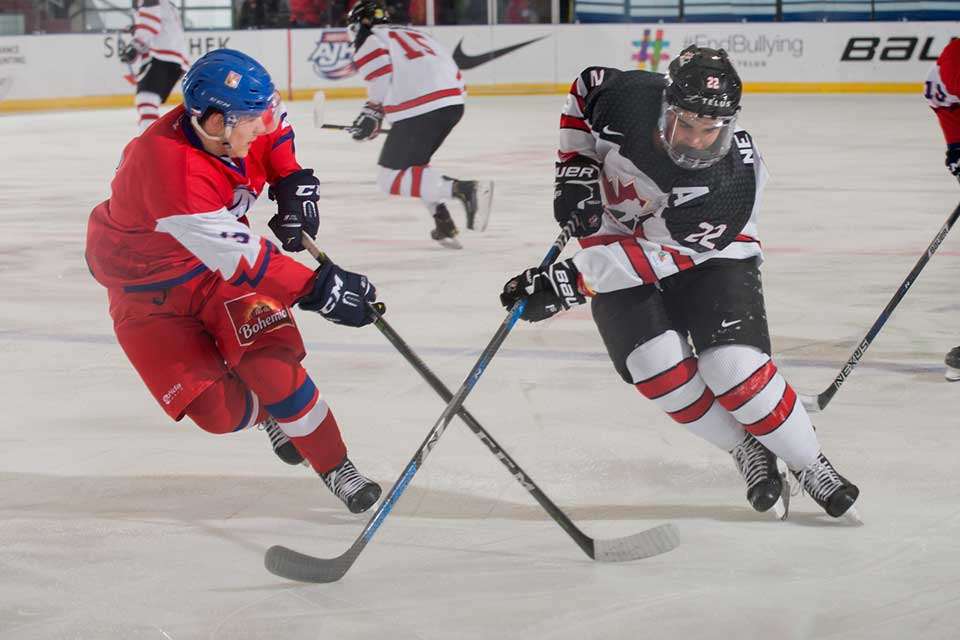 2018 WJAC: CZE 5 – CAN-W 4 SO (Preliminary)
Strondala scored the shootout winner to send the Czechs past West. 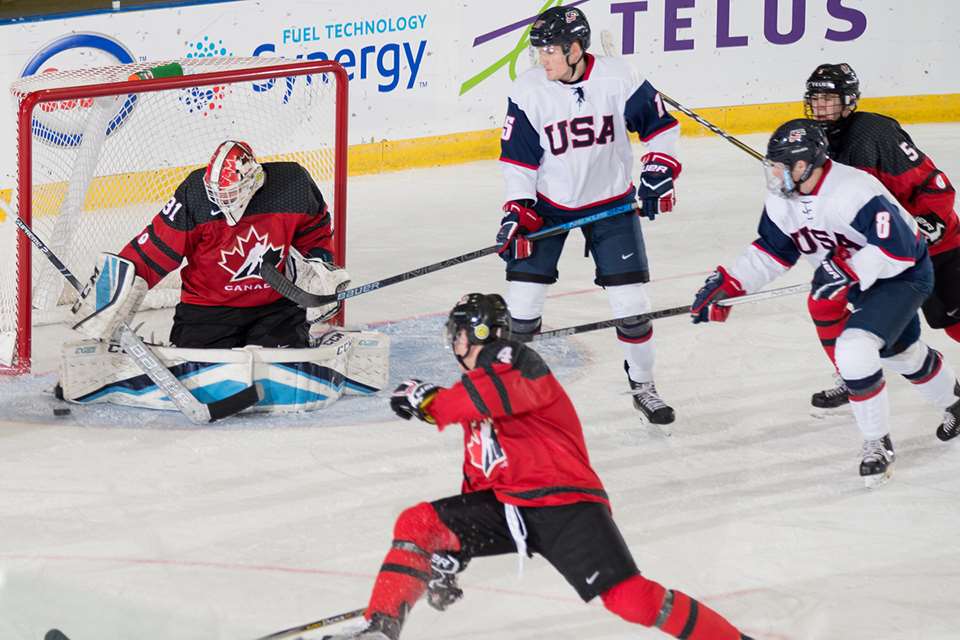 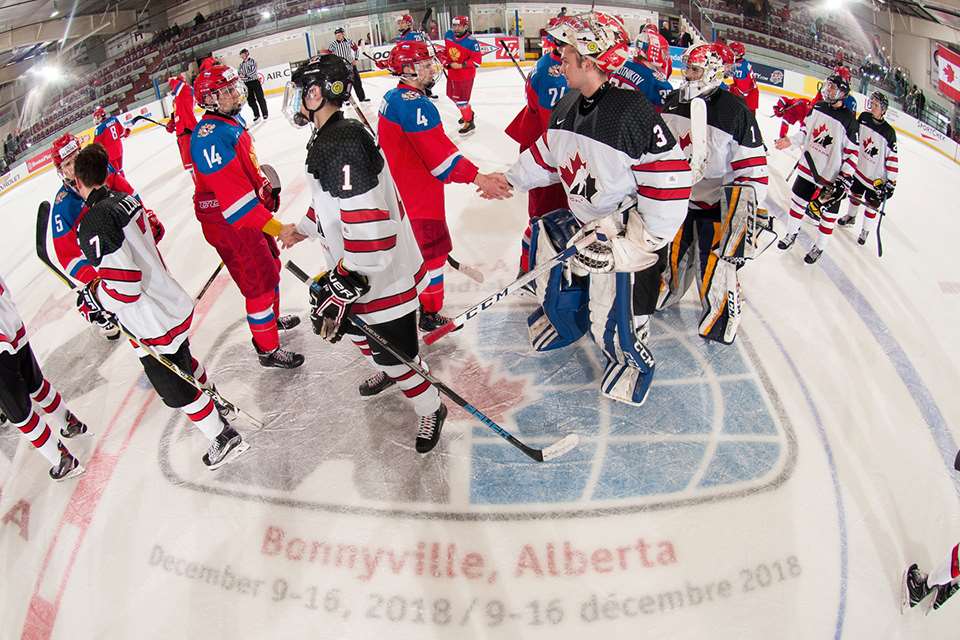 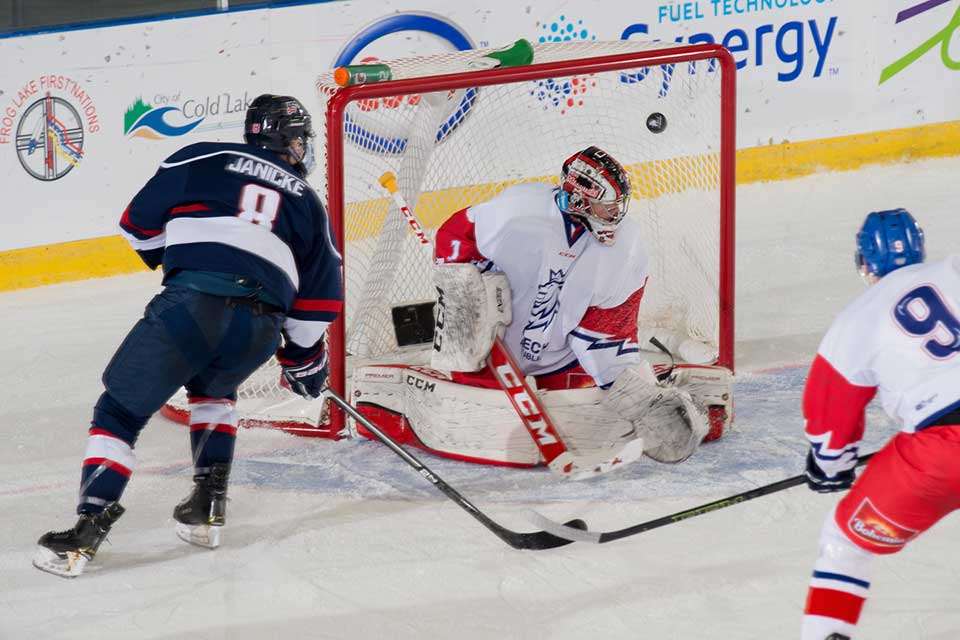 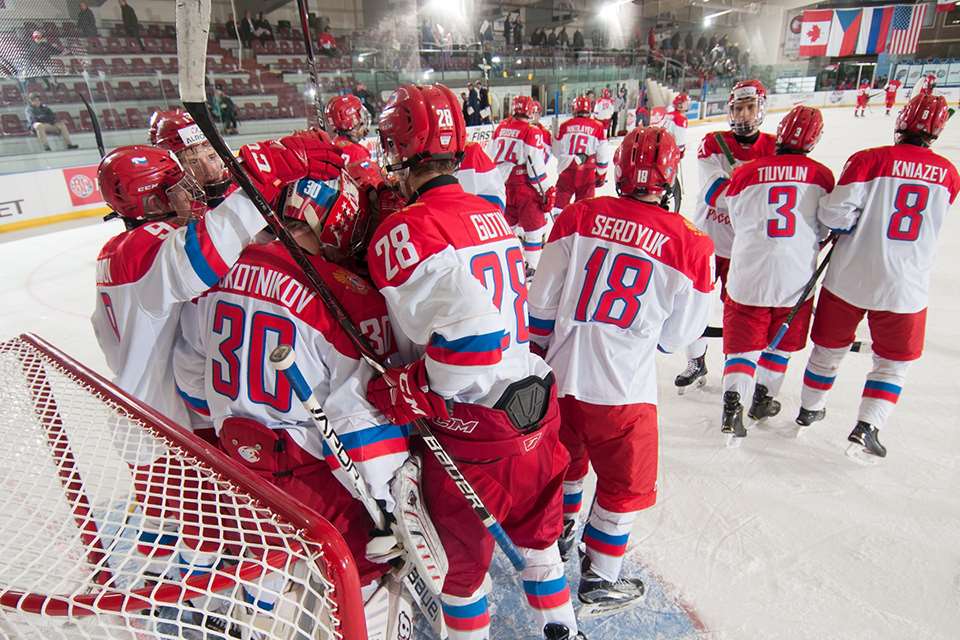