CALGARY, Alta. - Alexie Guay (Magog, Que./North American Hockey Academy, JWHL) scored her second goal of the game 1:43 into overtime to lead Canada’s National Women’s Under-18 Team to a 5-4 victory in a wild back-and-forth Game 3, and a series win against the United States on Sunday afternoon.

The overtime goal came off a two-on-one between Anne Cherkowski (Vernon, B.C./Pursuit of Excellence, CSSHL) and Guay. Guay’s initial shot was stopped, but she pounced on the rebound and poked it home for the game-winner.

Guay finished with two goals and an assist, while Julia Gosling (London, Ont./London, PWHL) and Danielle Serdachny (Edmonton, Alta./Pursuit of Excellence, CSSHL) had a goal and an assist apiece, and Maggie MacEachern (Whitby, Ont./Durham West, PWHL) added two helpers of her own.

Canada opened the scoring for the third-straight game when MacEachern saved the puck at the blue-line for Stephanie Markowski (Edmonton, Alta./Pursuit of Excellence, CSSHL), who made a perfect cross-ice pass for Ann-Frédérik Naud (Joliette, Que./Stanstead College, NAPHA) to fire into the top corner for the 1-0 lead.

Julia Gosling stretched the lead to two when she corralled the rebound off Serdachny’s point shot and poked it home with 26 seconds left in the first period. That capped a dominant period for Canadians, who outshot the U.S. 23-7 in the opening 20 minutes.

Serdachny put Canada ahead 3-0 five minutes into the second period. MacEachern passed to Gosling down low, who fed it to Serdachny for a point shot through traffic and into the back of the net.

The Americans responded with three unanswered goals in the period to tie the game. First was Makenna Webster with a shorthanded goal to get the U.S. on the board. It got within one when Hannah Bilka collected a rebound in front and snapped it home, and Abbey Murphy’s shot through traffic with 1:49 left in the middle frame pulled the Americans even.

Canada retook the lead when Guay converted on the power play in the third period. Grace Shirley’s (Saskatoon, Sask./Saskatoon, SFMAAAHL) shot rebounded right to Guay, who restored the advantage.

That goal looked to stand up as the game-winner, but Hannah Bilka got her second of the game with 2:07 left to force overtime.

The Canadians finished with a one-sided 50-24 advantage in shots on goal. 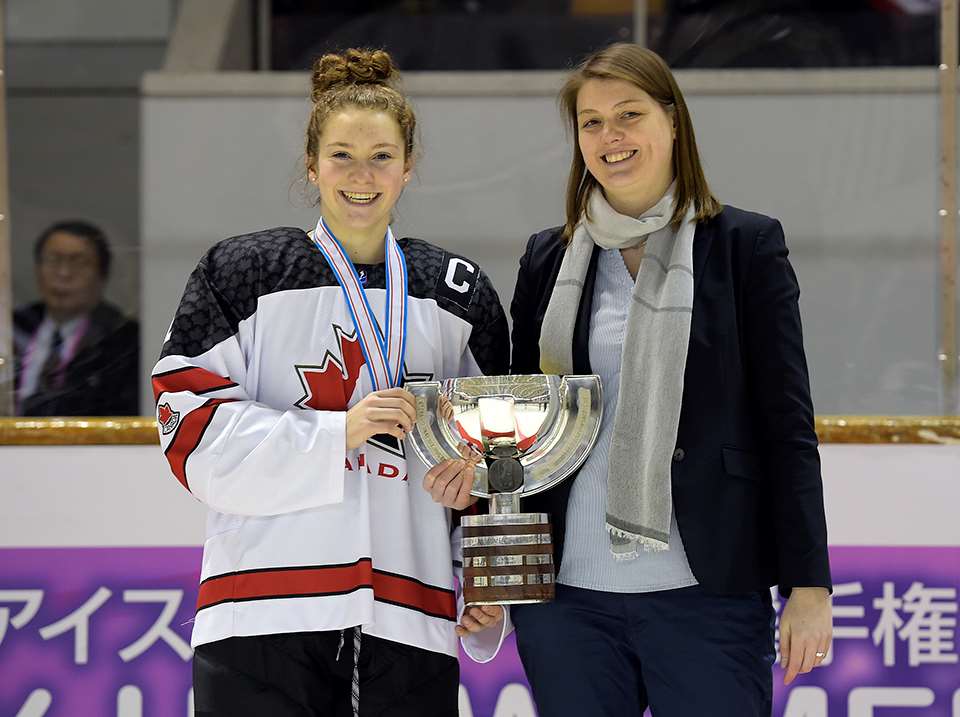