Canada finished with a perfect 3-0 record and will play the United States in the gold medal game on Saturday (10 p.m. ET/7 p.m. PT).

Canada controlled play throughout the first and was rewarded with quality scoring chances as the period went on. Natalie Spooner (Scarborough, Ont./Toronto, CWHL) rang a shot off the post and minutes later the Canadians put the puck in the net but also a player in the crease.

The third time was the charm in the first, when on the power play, Wakefield finished off a crisp passing play with Watchorn and Jenner on the rush.

Finland kept it tight in the middle period thanks to the steady work of goalie Meeri Räisänen, who turned aside all 16 shots she saw. Räisänen finished the night with 46 saves.

Canada finally beat the Finnish tender again four minutes into the third. Courtney Birchard (Mississauga, Ont./Brampton, CWHL) stretched to keep the puck in the zone before heading for the bench. Some quick puck movement deeper in the zone led to Irwin getting her second goal of the tournament.

Despite being outplayed, Finland made it close when Välilä scored 22 seconds into the power play halfway through the third.

Johnston added the insurance marker into the empty net with less than minute left in regulation.

Canada improved its all-time record at the event against Finland to 25-0. 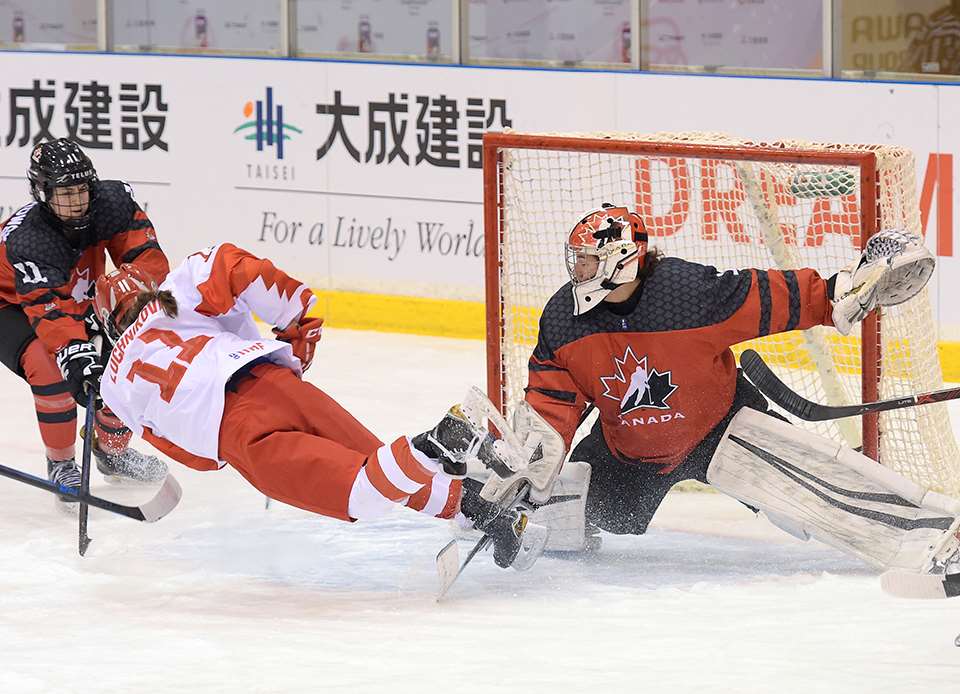