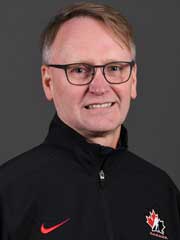 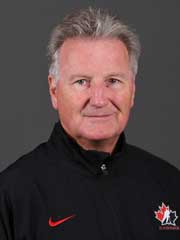 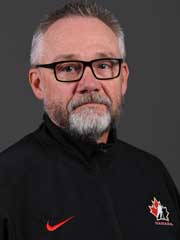 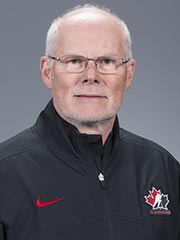 Occupation: Retired (was professor emeritus at Ivey School of Business at Western University)

Hockey Background: Has spent more than 30 years involved in hockey … Named OUA Coach of the Year and co-CIS Coach of the Year in 2014-15 … Won the CIS national championship as head coach of the Western University women’s hockey team in 2015 … Head coach at Western since 2010 … Assistant coach with the men’s hockey team at Western from 2006-08 (full time) and 2008-10 (part time) … Head coach of the London Devilettes from 2003-06 (Junior) and 2008-10 (Intermediate AA) … Co-founder of the Provincial Women’s Hockey League … Certified as an NCCP Level II Advanced coach 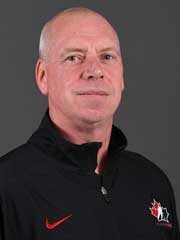 Family: Proud uncle of two nieces and a nephew 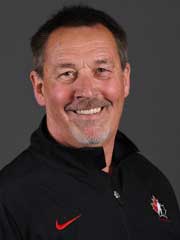 Hockey Background: Has held numerous positions, including coach, team manager, coach mentor, coaching course instructor, evaluator, and Hockey Regina board member since 1988 … Involved in the Saskatchewan Hockey Association’s SaskFirst program (Bantam and Midget male) from 1995-2003 as a coach, coach mentor, coaching instructor and evaluator … A scout for the MJHL’s Swan Valley Stampeders from 2002-04 … A scout for the SJHL’s Melfort Mustangs from 1998-2002 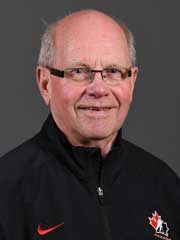 Hockey Background: Spent 44 years coaching … Head coach of Alberta at the 2007 National Women’s Under-18 Championship … Won a gold medal as an assistant coach with Canada’s National Women’s Under-22 Team at the 2007 Air Canada Cup … Head coach of the University of Lethbridge women’s hockey team from 2001-08 … A scout with the WHL’s Spokane Chiefs from 1995-2001 … Won the CIAU national championship as an assistant coach with the University of Lethbridge men’s hockey team in 1994

Family: Married to wife Val … Has two children, Brett and Lauren, and one grandson 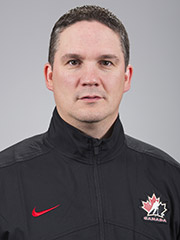 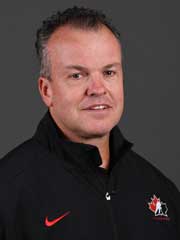 Hockey Background: Spent more than 20 years coaching … Won the PWHL championship with the Whitby Jr. Wolves in 2013 and 2014 … Won the JWHL Challenge Cup with Whitby in 2013 … Won the Can Am Showcase Tournament with Whitby in 2013 … Head coach of Ontario at the 2011 Canada Winter Games … Assistant coach with Ontario Blue at the 2009 National Women’s Under-18 Championship … Was an NCCP group leader for HP1 seminars with OHF and Hockey Canada … Has completed field evaluations for NCCP HP1 candidates and is certified as an NCCP HP2 coach