The Leduc Recreation Centre is an award-winning facility that has received a number of honours, including the Stephen Barr Award of Excellence for Recreation Facility Design (2010), Percy Wickman Accessibility Award from the Canadian Paraplegic Association (2010) and AABRD Legacy Award for advancing the field of recreation for persons with disabilities (2010).

It is the only sledge hockey-compatible twin-arena facility in Western Canada, including Robinson Arena, which will host the 2015 World Sledge Hockey Challenge. The Leduc Recreation Centre adopted the Hockey Canada sledge hockey standards, which ensures everything from the dressing rooms to the ice is easily accessible for sledge hockey players.

Other accessibility features throughout the Leduc Recreation Centre include:

CLICK HERE for more information on the Leduc Recreation Centre. 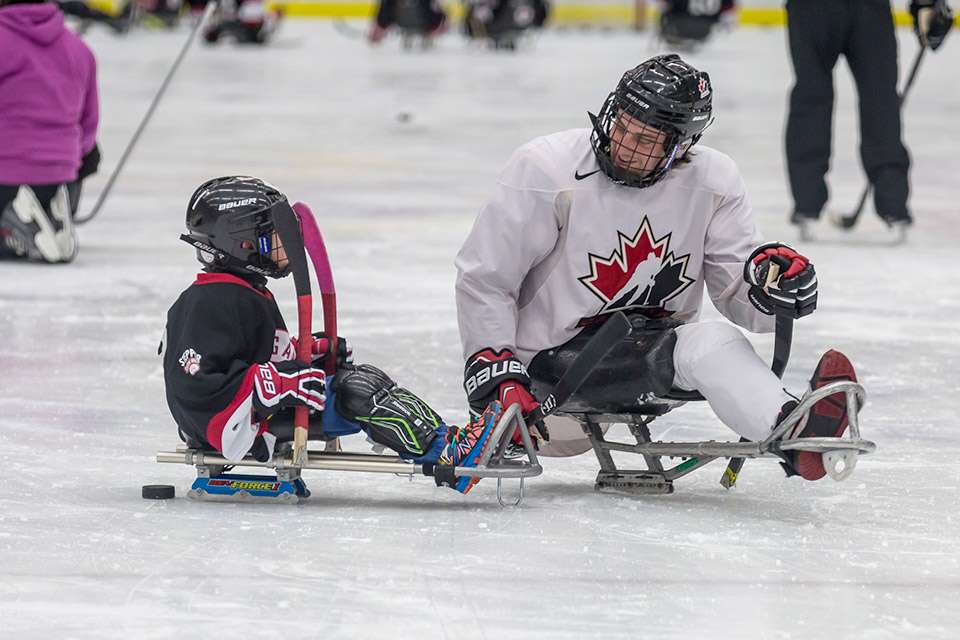 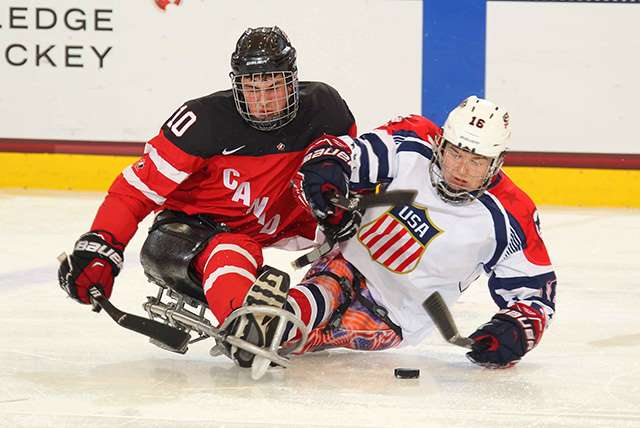 2015 SHWC: USA 3 – CAN 0 (Gold Medal)
Watson made 18 saves in a spectacular performance, but Canada had to settle for silver at the IPC Sledge Hockey World Championship. 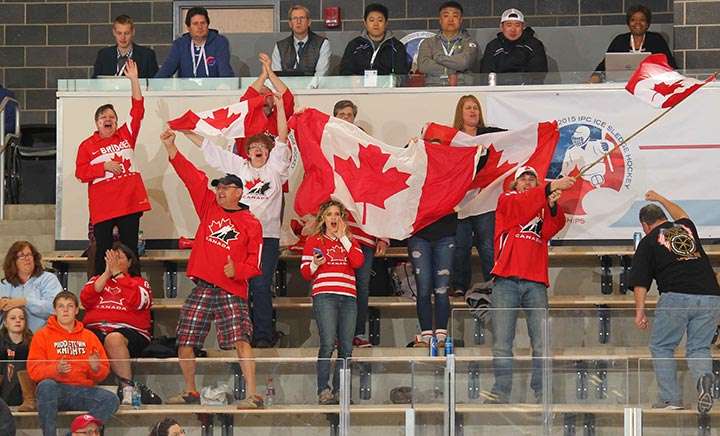 2015 SHWC: CAN 3 – RUS 2 (Semifinal)
Bridges had two goals, Dixon scored one and the Canadians earned a semifinal win over Russia to advance to the gold medal game. 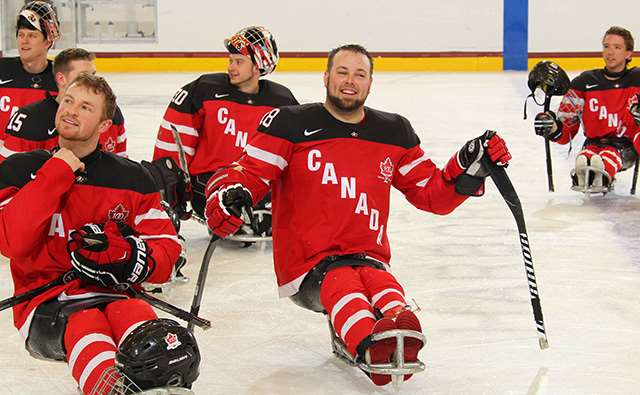 2015 SHWC: CAN 2 - CZE 0
Bridges scored the game’s only goals, Watson had another shutout and Canada finished a perfect prelims by blanking the Czechs. 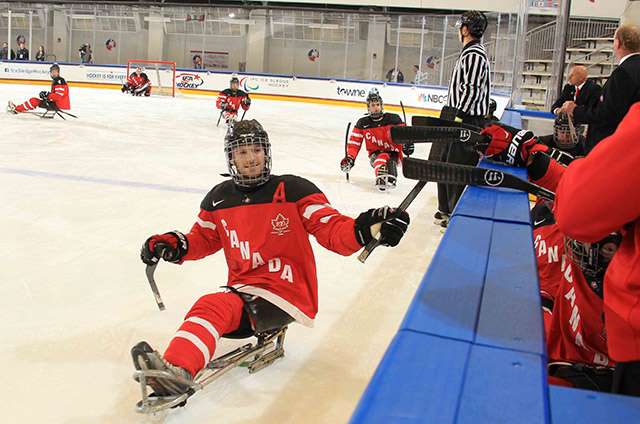 2015 SHWC: CAN 5 - NOR 0
Bridges scored twice, Dixon had three points and Watson earned his second shutout as Canada blanked Norway at sledge worlds. 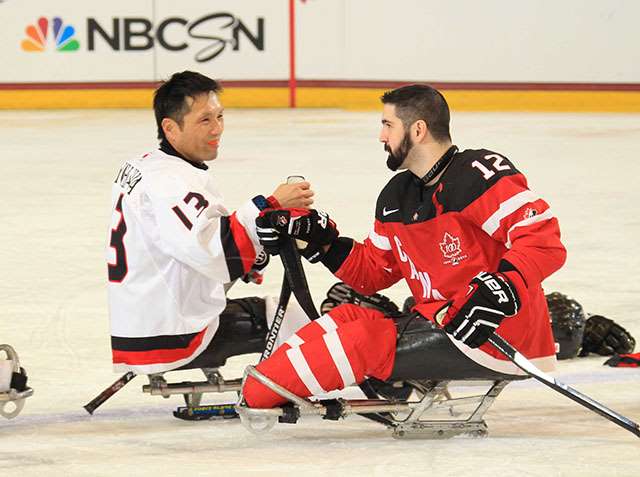 2015 SHWC: CAN 17 - JPN 0
Westlake and Bowden had eight points apiece and Canada scored 12 in the first period to open sledge worlds with a win. 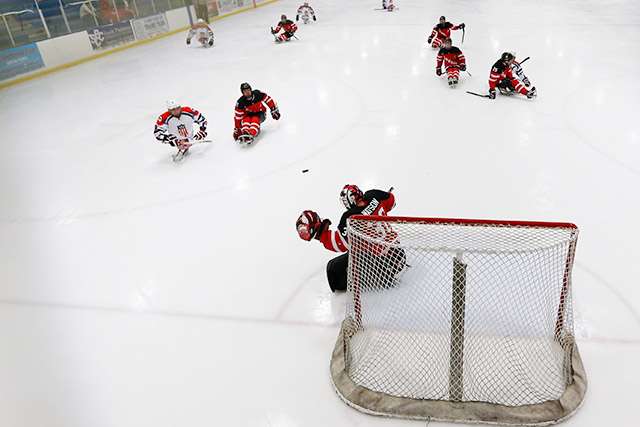 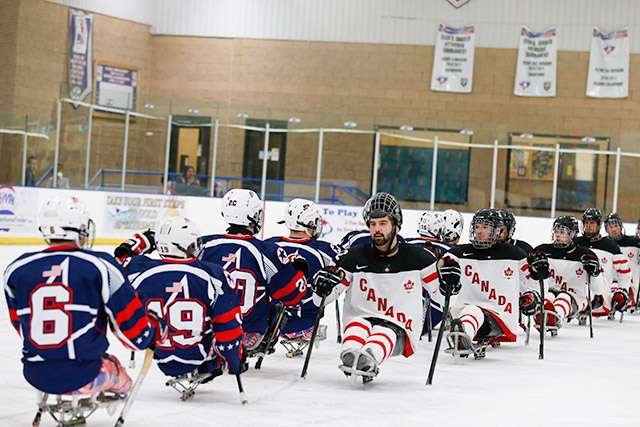 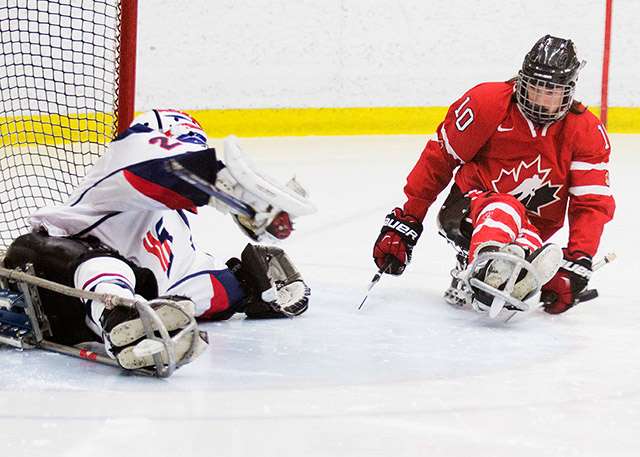 2014-15 NSDT: USA 5 – CAN 1
Armstrong scored late in the third period, but Canada fell to the U.S. in the development series finale. 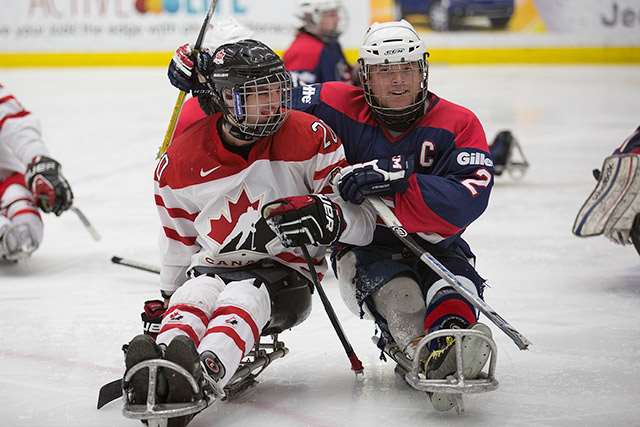 2014-15 NSDT: USA 3 – CAN 2 (SO)
Martin scored twice and tied the game late, but Canada dropped a shootout decision to the Americans. 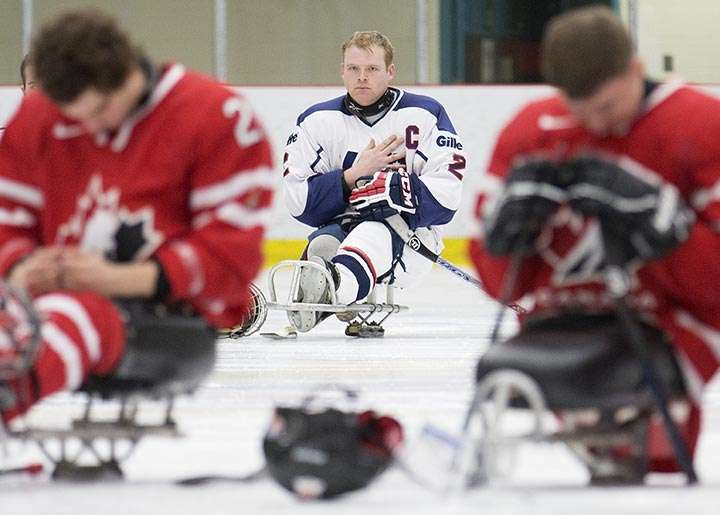 2014-15 NSDT: USA 3 – CAN 0
Dutkiewicz made 10 saves, but Canada couldn’t find its offence, falling in the development series opener. 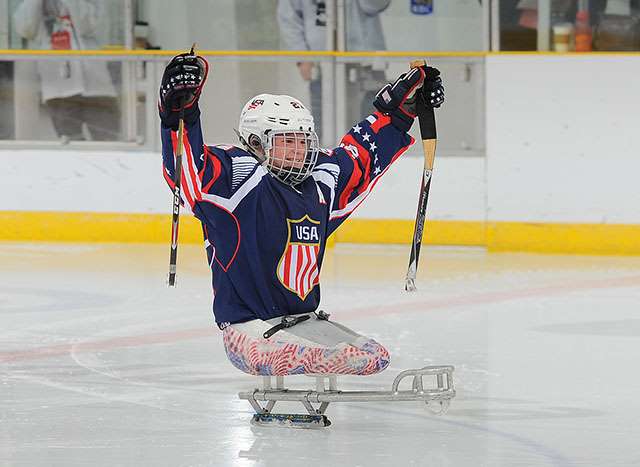