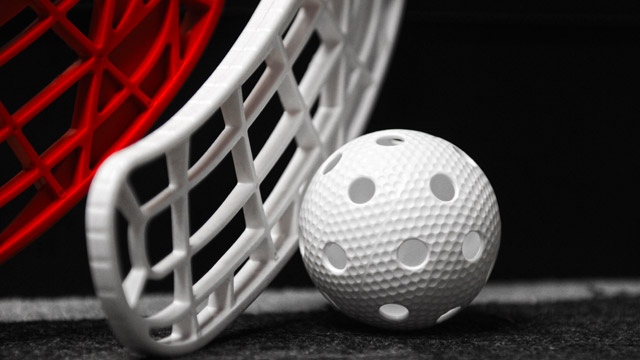 Floorball is a fun, safe and fast-paced form of floor hockey developed in the 1970 s in Europe. The game is played indoors on a gym floor with specialized lightweight sticks and rules that make game play much safer than traditional floor hockey. The game of floorball is used in a variety of Hockey Canada development programs as an off-ice training tool, and it is ideal for schools as a safe, inclusive introduction to hockey. Floorball is played in more than 50 countries around the world and is governed by the International Floorball Federation, an organization with full recognition from the International Olympic Committee.

Floorball promotes end-to-end plays with quick transitions and fluid game play. The rules stress the importance of safety and sportsmanship and are designed to limit the chance of injury without decreasing the speed or skill of the game. The rules, in addition to the lightweight equipment, ensure that floorball is a welcoming and engaging sport for players of all hockey experience levels.

Read more about the benefits of floorball to hockey players .

• Stick must remain below the waist.
• Ball is played below knee level at all times.
• No body contact, no blocking/screening of opposing players.
• Stick-on-body contact or stick-on-stick contact is not permitted.
• No hitting, lifting or pinning of the opponent’s stick.
• Free hits similar to a free kick in soccer are given for minor rule infractions.
• No offside or icing .
• Game is played with five players and one goaltender per team on the court at a time.