Janes All In: Kristen Campbell 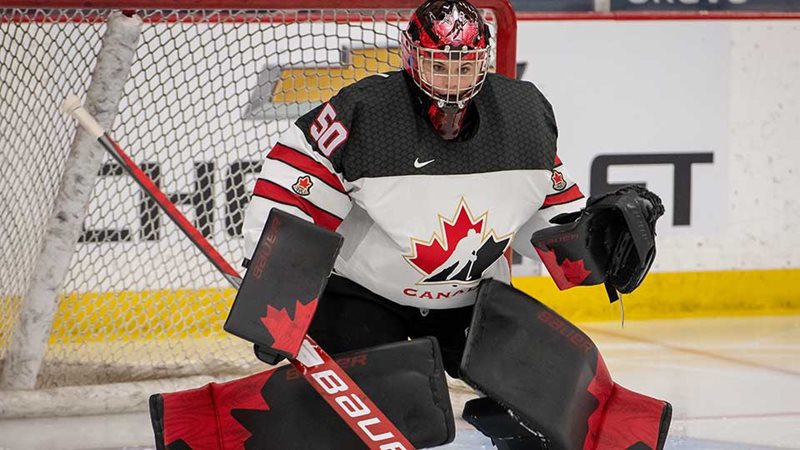 A Brandon, Man., product, Kristen Campbell broke into the Team Canada program in 2015, helping Canada’s National Women’s Under-18 Team to a silver medal at the IIHF U18 Women’s World Championship.

She also appeared for Canada’s National Women’s Development Team in a three-game series against the United States in August 2018 before playing her way onto the centralization roster for the 2021-22 season and making her National Women’s Team debut with a 13-save shutout of Finland on Nov. 13, 2021.

Collegiately, Campbell was a three-year starter with the University of Wisconsin after playing her freshman season with the University of North Dakota. Her sophomore (2017-18) and junior (2018-19) seasons both ended with Campbell leading the NCAA in shutouts, earning WCHA Goaltender of the Year honours and consecutive nods as a Second Team All-American.

She backstopped the Badgers to a spot in the NCAA Frozen Four in 2018, and a year later made 27 saves for a shutout in the championship game as Wisconsin earned its sixth national title.