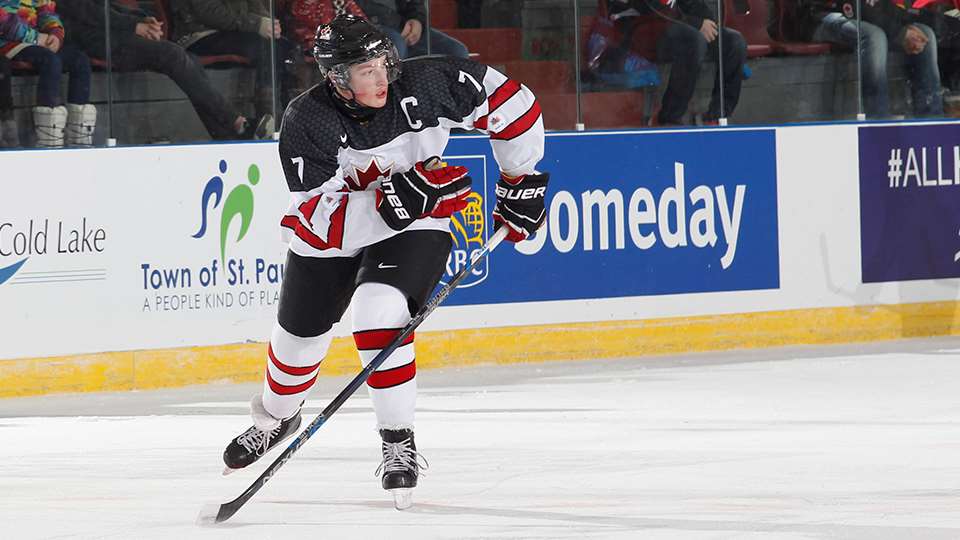 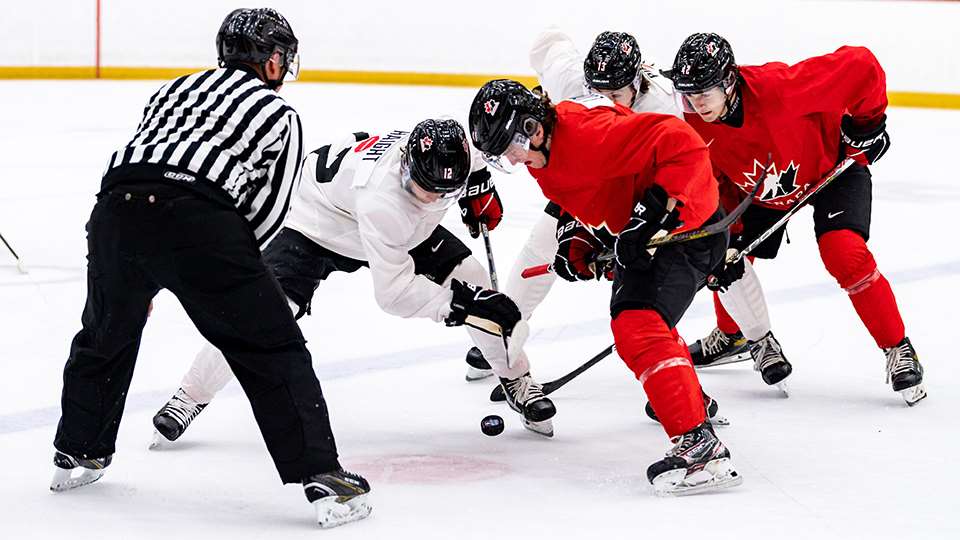 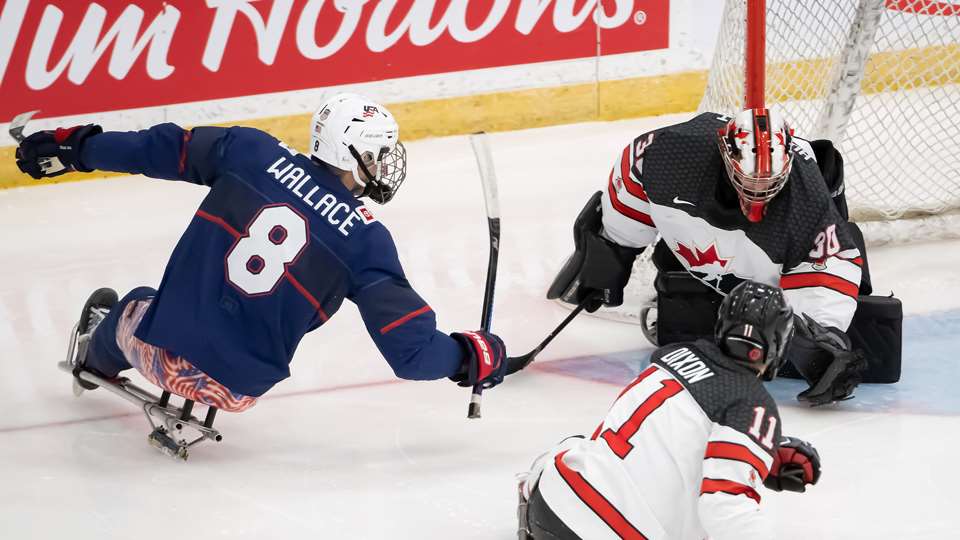 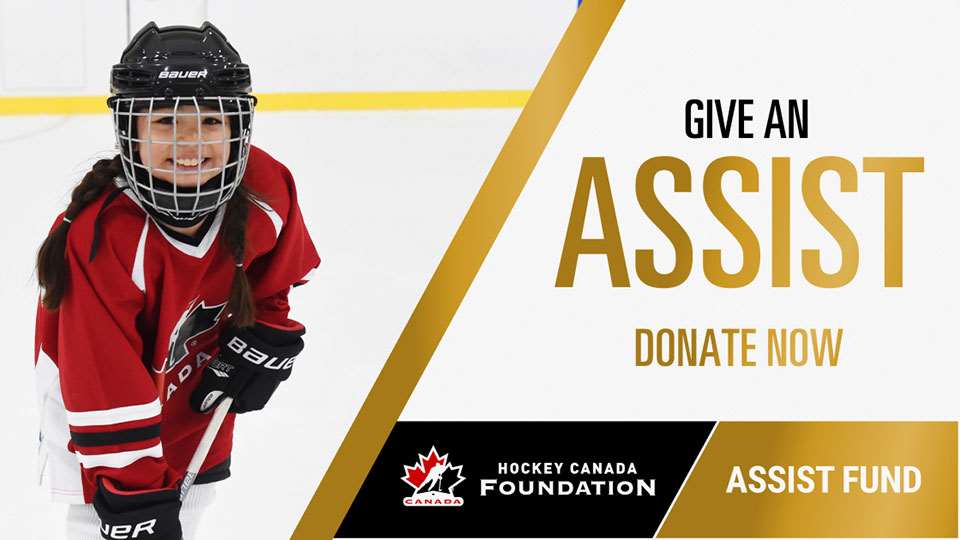 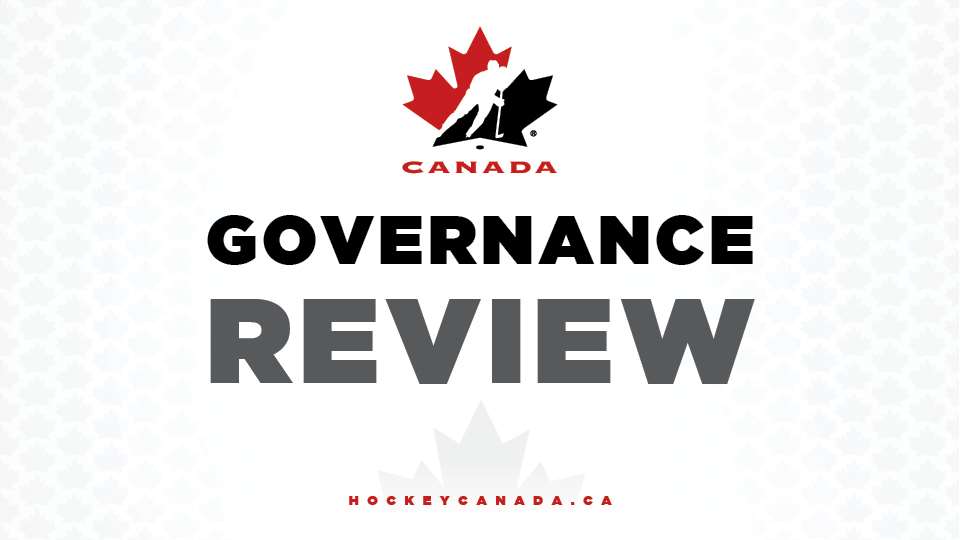 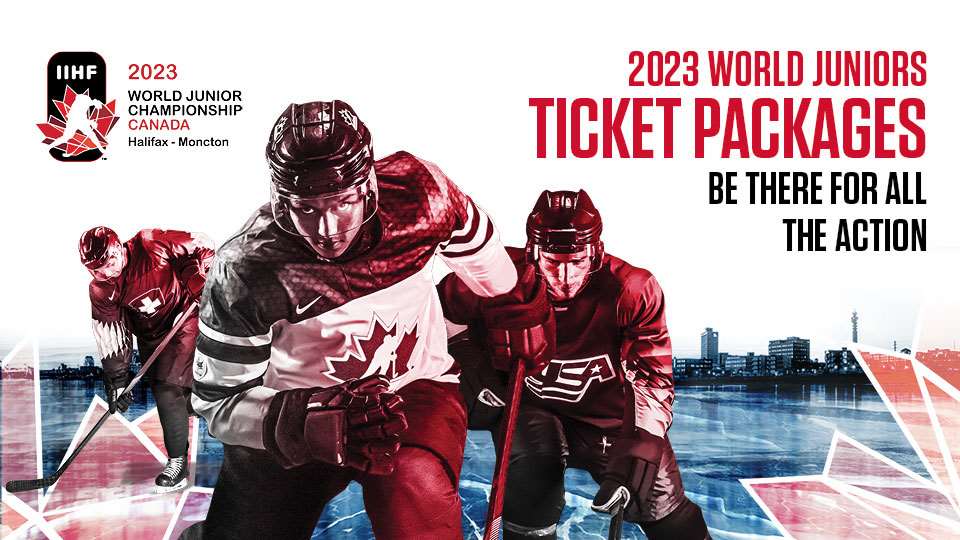 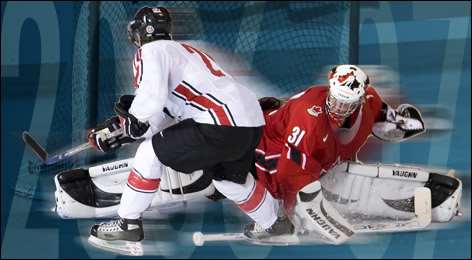 This change is for the better.

Hockey Canada is rewarding the skilled player with a new standard of play and rule emphasis for all levels of hockey in 2006-07. The rule emphasis, adopted at Hockey Canada’s 2006 annual general meeting in St. John’s, NL, will see stricter enforcement of hooking, holding, tripping, interference, slashing and cross-checking fouls.

The aim is to enhance the flow of the game and, in turn, make the game a much better product for players, parents and fans.

“There was a growing concern that the game was starting to move into a defensive game and offensively gifted players could not display their skills,” says Johnny Misley, executive vice-president of Hockey Canada.

“The new rule emphasis will increase the speed and the flow of the game eventually, once we get through some of the roadblocks, and we need the support and patience of everyone involved in the game,” says Hockey P.E.I. executive director Rob Newson about the decision to highlight skill and speed.

In addition, more emphasis is also being placed on shared respect and curbing dangerous infractions like checking from behind and hitting to the head.

Hockey Canada has developed a DVD resource explaining all the fouls and how the referee will view the infractions, and 20,000 copies of the DVD were distributed to the provincial associations, who in turn made them available at the local level.

Hockey Canada’s Web site has an entire section devoted to the rule emphasis. It contains 30-second clips from the DVD that explain the new emphasis and how the rules have been interpreted – a great tool for coaches, officials, players and parents.

That’s not to say there won’t be growing pains, and coaches and parents will have to be patient through the process.

“It is not going to happen overnight. It is going to take a few years to permeate through the system,” says Misley. “It is not like the NHL where there are only 30 general managers and 30 coaches. People will have to be patient and work through it for the benefit of the sport. But how can you argue against structuring a standard of play that allows you to exhibit skills?”

“The refereeing at the National Hockey League level is far superior and as you go down, the referees are learning too,” says Maurice. “So it is a bit of a frustrating proposition for parents, for players, for coaches and for the referees to have this new way of calling the game.

“But if it takes three or four years, who cares? It is a better game and it is the way it should be played, with your sticks on the ice and maybe more than anything else for kids, it allows the spectrum of players – big guys, small guys, fast guys – to enjoy the game. The fact that clutching and grabbing is not a factor in game of 12-year-olds is a good thing.”

There is no doubt that the NHL’s decision to call the rule book like it should be called will help Hockey Canada’s efforts.

“The NHL brought it to a real focus because of the success they had last year,” says Misley. “It showed that the best players in the world could play the game the way the game was meant to be played.”

Another plus about the new standard is that it is easy for parents and local minor hockey associations to get proactive in the process. All it takes is a) assembling the information on the new rule emphasis; b) understanding what the new standards are; c) communicating that information to the players, coaches and referees; and d) monitoring how things are going and staying patient.

Coaches, players and parents have bought into the change with great enthusiasm.

“The flow should be good,” says Dan Poliziani, who coaches minor bantam AA and bantam AAA in Burlington, ON. “I think there will be some growing pains with it until the boys figure out what they can get away with and what they cannot. It will require an emphasis on skating and thinking more so than when games were skewed toward defense. The game has always been skewed toward defense and now they have opened up the game so it will be a faster game and players will have to allow people to skate and skate themselves.”

Peter Duval, who coaches at the midget level in the Greater Metropolitan Hockey League, says the new emphasis made him alter his practices and he’s used a soccer analogy to get his point across.

“I blow the whistle, stopped them and told them they can’t do that. They have to keep their sticks a lot lower than last year. I have a rule now that if their hands come off the stick it is yellow and if you touch a guy is it red and you are called,” says Duval.

As hockey heads down a new path, people in the game are excited about the direction it is headed in and they should be.

“I think it’s great they are teaching it at the grassroots level. I think it is great for the game. It has been great for the National Hockey League game and it will be great for minor hockey,” says Ottawa Senators centre Jason Spezza. 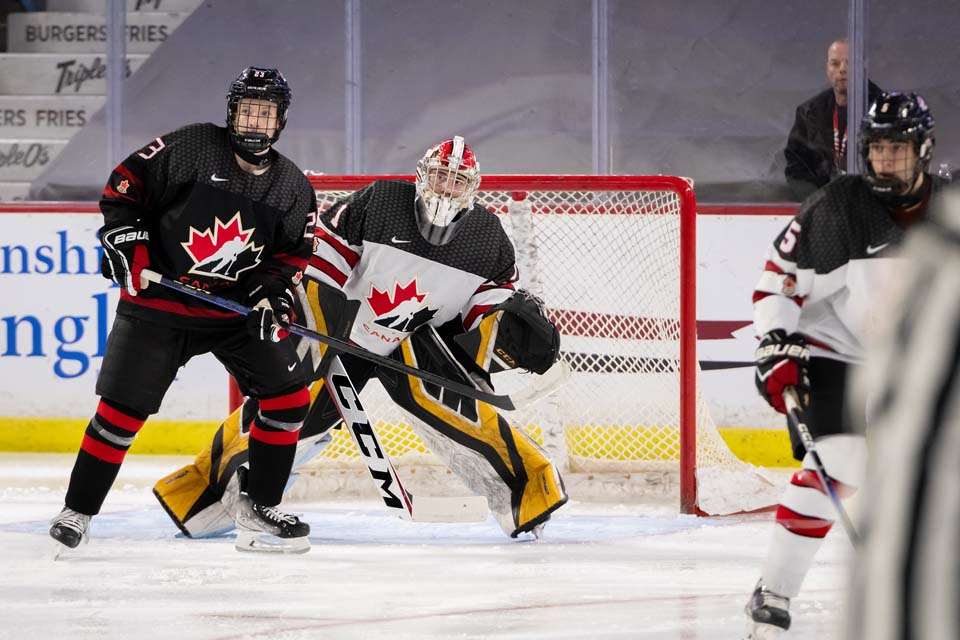 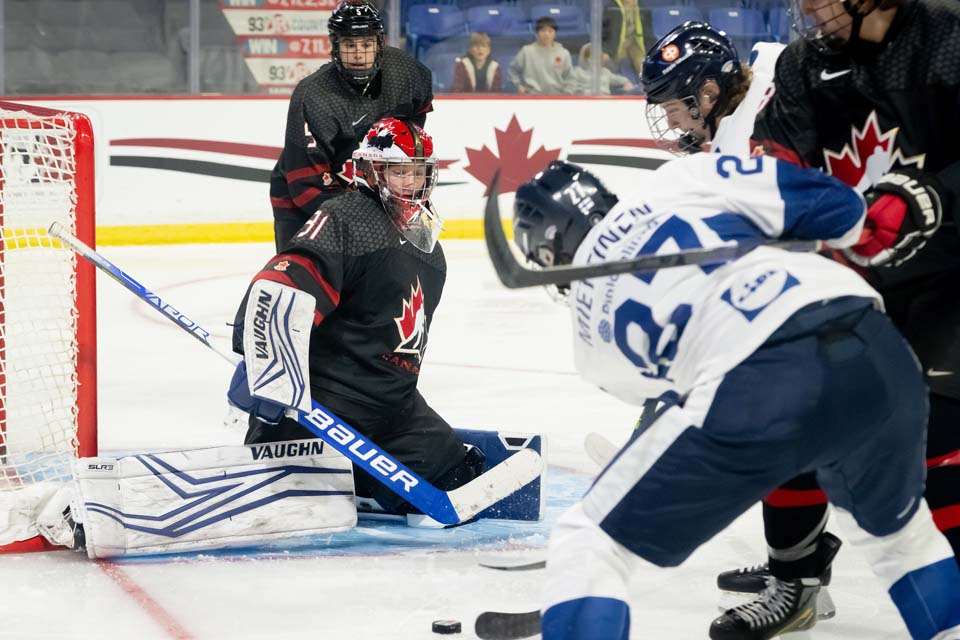 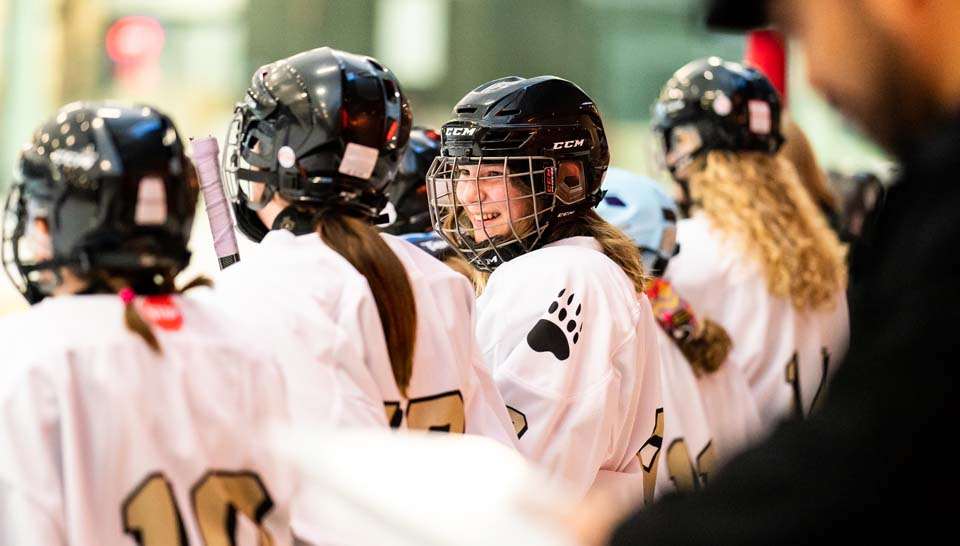