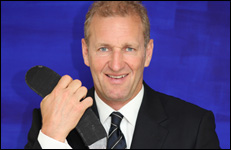 Born in Winnipeg, Man. … Founder and owner of motivational speaking company Teamlife … Recently named associate coach with the Edmonton Oilers … Coach of the Swiss National Team between 1977 and 2010, making him the longest serving national team coach in the modern era of international hockey … Coached Team Switzerland in 12 IIHF World Championships and three Olympic Games … played two seasons in the Western Hockey League before moving to Germany, where he played professional hockey for 13 seasons … Represented Germany in IIHF World Championships … Was a player-coach for two seasons … Coached the Austrian Team Feldkirch to the European Hockey League Championship in 1998, arguably one of the biggest upsets in the history of European club hockey