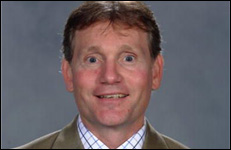 Cyril Leeder was promoted to president of Senators Sports & Entertainment on July 1, 2009. Leeder previously served as chief operating officer of the Ottawa Senators and Scotiabank Place since August of 2002 and has been with the organization since its return to the NHL in 1992. From 1992 to ’98, Leeder also served as president of Palladium Corporation, which is the entity that developed and built Scotiabank Place. In this capacity, he was responsible for overseeing the approvals, design, development, financing, construction and opening of the building.

Born and raised in Brockville, Ont., Leeder graduated from McMaster University with a bachelor of commerce degree, summa cum laude, in 1982. He then articled with the accounting firm of Clarkson Gordon (now Ernst & Young) in Ottawa, where he obtained his chartered accountant’s designation in 1984. He was elected as a Fellow of the Institute of Chartered Accountants of Ontario in July 2009, the highest designation with the Institute. He left Clarkson Gordon in 1984 to work for Ottawa entrepreneur Bruce Firestone. While working with Firestone, Leeder held a number of positions and responsibilities within the organization until he was named president in 1987 and served as chief executive officer from 1988 to ’92. During that time, the company added more than 1,000 home sites, office buildings, retirement residences and plazas to the Ottawa community, as well as developed a number of successful operating businesses.

A founding member of the Ottawa Community Ice Partnership, Leeder now serves as a director of the not-for-profit organization, which has developed and built the Bell Sensplex in a partnership established with the City of Ottawa. The Bell Sensplex boasts Ottawa's first four-pad arena and an indoor soccer field, and opened its doors in December of 2004. Leeder also spearheaded the public-private partnership with the City of Ottawa for the development of the Cavanagh Sensplex in nearby Kinburn, Ont.

Leeder is a member of the board of directors for the Ottawa Convention Centre, the Algonquin College sport management advisory board and serves on the marketing board for the National Arts Centre. He was also a key member of Senators owner Eugene Melnyk’s bid team that was awarded the 2009 IIHF World Junior Championship and served as the record-breaking event’s vice-chair of the host organizing committee. Leeder has worked closely on other major event bids on behalf of Ottawa, including the 2005 and 2008 NHL entry drafts, the 2003 Juno Awards, the 2007 FIFA U-20 World Soccer Championships, and the 2008-2009-2010 CIS basketball championships. Leeder has received numerous community awards, including the Ottawa Chamber of Commerce 2008 Business Person of the Year Award, the Max Keeping Foundation and Sens Foundation 2008 Just One Person award; the Celebrity Sports Dinner’s 2008 Brian Kilrea Award, and the Ottawa Tourism’s 2006 Tourism Leader of the Year.

Leeder resides in Ottawa with his wife, Lydia, and children, Ciera, Dillon and Tyler.