ST. PÖLTEN, Austria – Sarah Nurse (Hamilton, Ont./University of Wisconsin, WCHA) scored the winner early in the second period as Canada’s National Women’s Development Team won for the second time in as many days in pre-tournament action, beating Austria 2-0 on Wednesday.

The Canadians have yet to allow a goal in exhibition play after shutting out Hungary 6-0 on Tuesday in St. Pölten. Canada has given up just 24 shots on goal in the two games at the Klenk Dome.

Hayleigh Cudmore (Oakville, Ont./Calgary, CWHL) was the other goal scorer for Canada, while Ann-Renée Desbiens (La Malbaie, Que./University of Wisconsin, WCHA) stopped all 17 shots she faced to record the shutout.

Canada carried the play in the first period, outshooting the Austrians 13-6, but couldn’t find a way past goaltender Paula Marchhart, who was the story throughout the game for the European side.

Nurse finally broke through just past the two-minute mark of the second period off a set-up from Jessica Wong (Baddeck, N.S./Calgary, CWHL), but that would be the lone puck to beat Marchhart.

The Austrians had their chances to tie the game, including almost three minutes of continuous power play time in the third period – 42 seconds of which was five-on-three – but couldn’t pull even.

Cudmore capped the scoring into an empty net with 45 seconds to go.

Both teams had their troubles with special teams; Canada went without a goal on five power play chances, while the Austrians were scoreless on eight opportunities with the man advantage.

Canada finished with a 46-17 advantage in shots on goal.

The Canadians will travel to Füssen, Germany to face the Germans on Friday in their pre-tournament finale (2 p.m. ET/11 a.m. PT), before opening the 2015 Nations Cup on Saturday in Füssen against Finland (9 a.m. ET/6 a.m. PT). 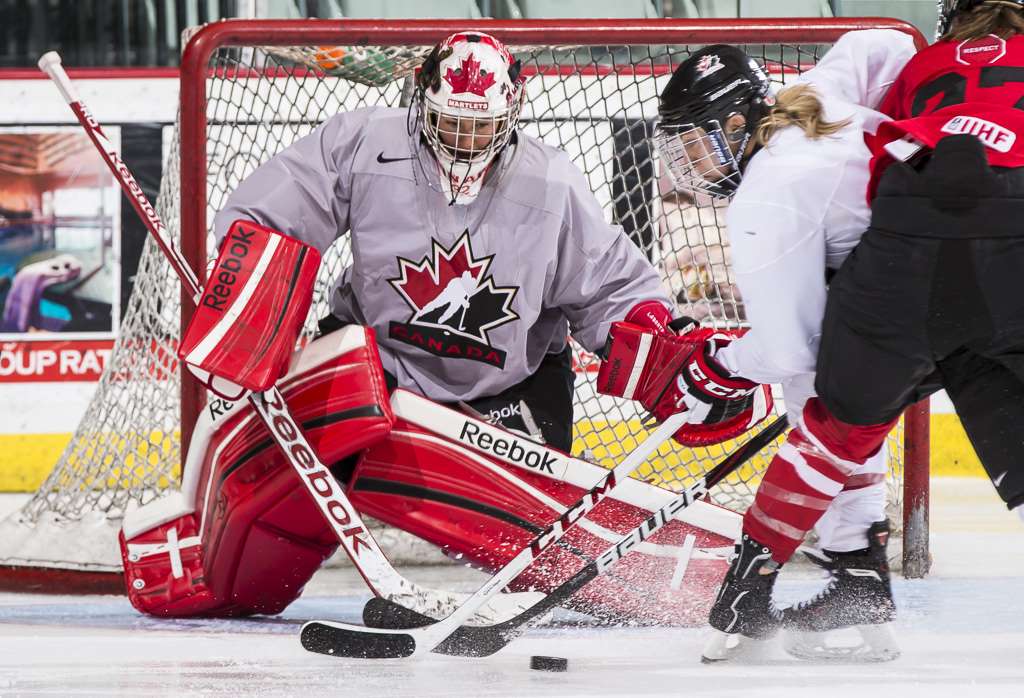 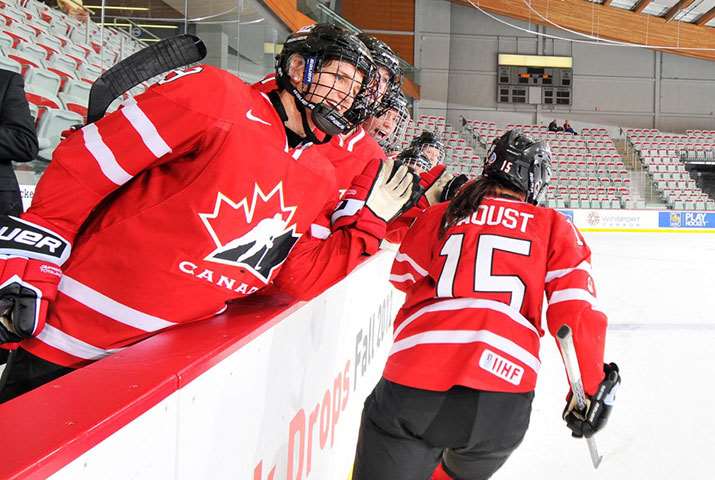 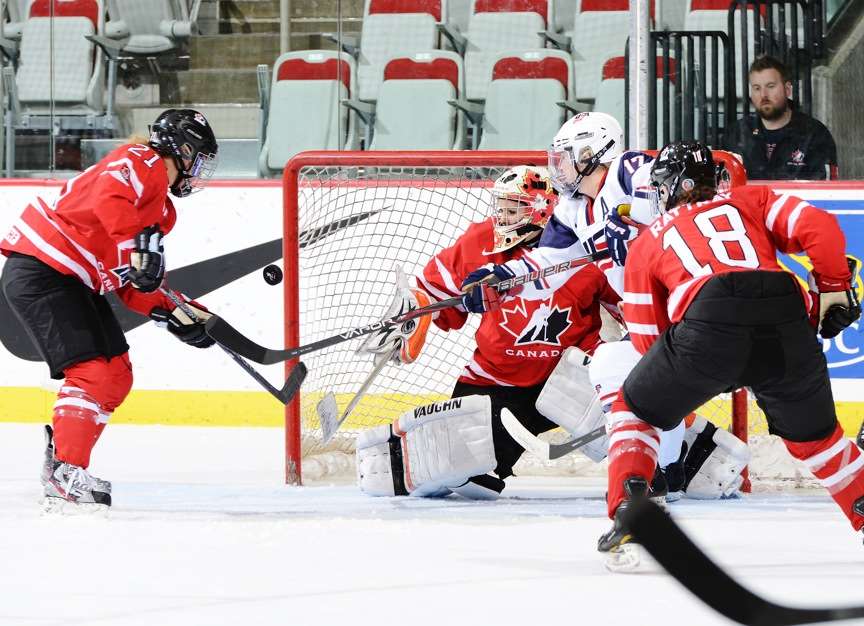 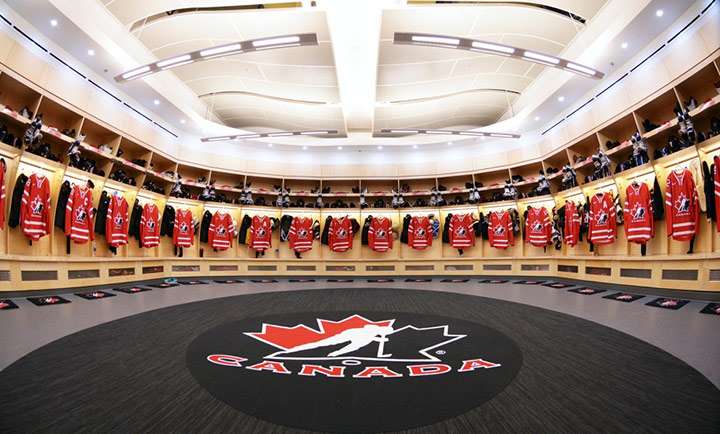