The game was the first of two exhibition contests the Canadians will play against Midget competition at camp; they will face the Seigneurs de Mille-Îles on Thursday night (7 p.m. ET/4 p.m. PT).

The second period was all Esther-Blondin. Louis-Charles Lemay doubled the lead for the Ligue de hockey Midget AAA du Québec side just 16 seconds into the period, but Davis finished a cross-crease feed from Jessica Campbell (Rocanville, Sask./Calgary, CWHL) to cut the deficit back to one.

That would be all for Canadian offence, though. Charles Robidas, Vincent Martineau, Samuel Gaumond, Anthony Morin and Simon Monette all scored in a span of 9:19 to send the Phénix to the intermission with a commanding 7-1 lead.

The Phénix added two more goals – from Samuel Beck and Shawn Boudrias – to round out the scoring.

Canada found considerably more success in a five-minute four-on-four period that was played after regulation time, scoring three times in the extra frame, although that offence didn’t count towards the final score. 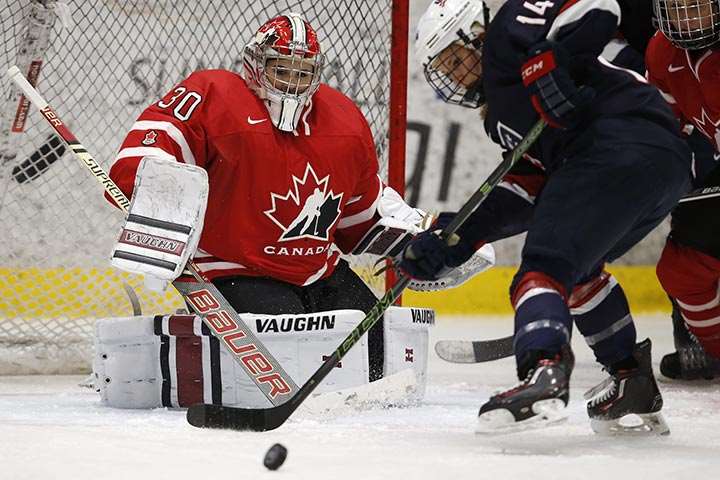 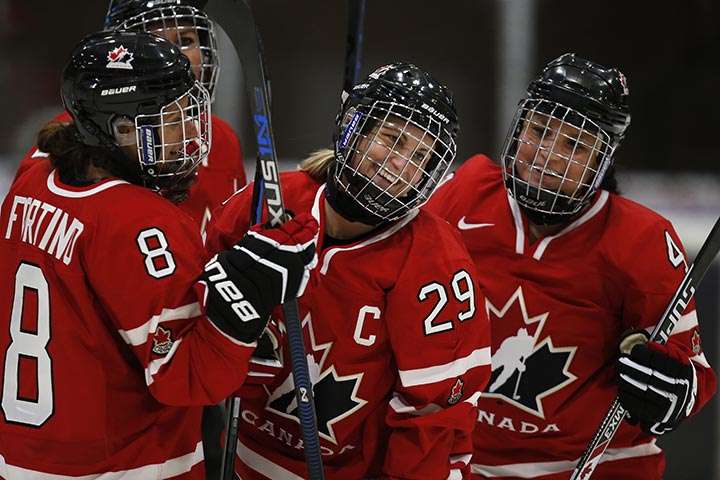 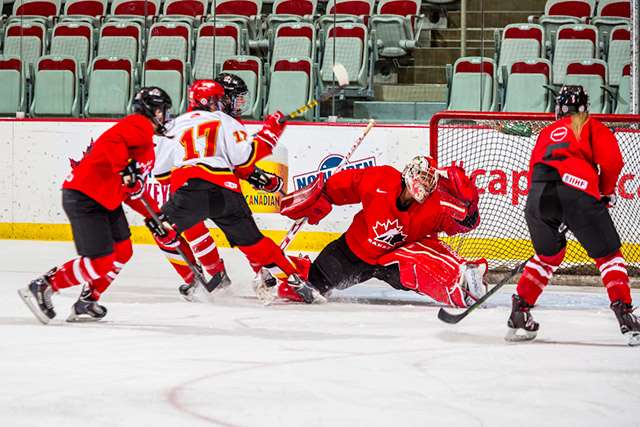 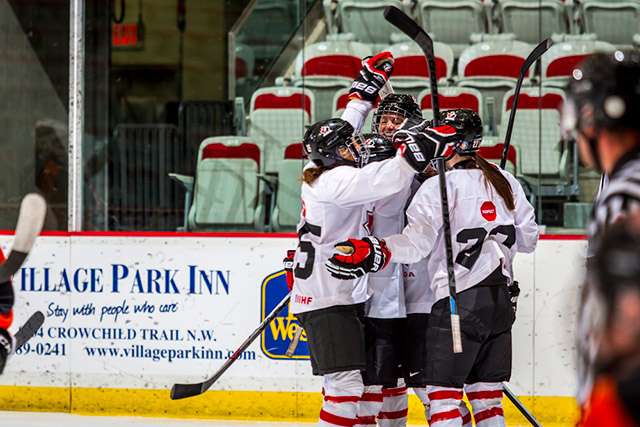 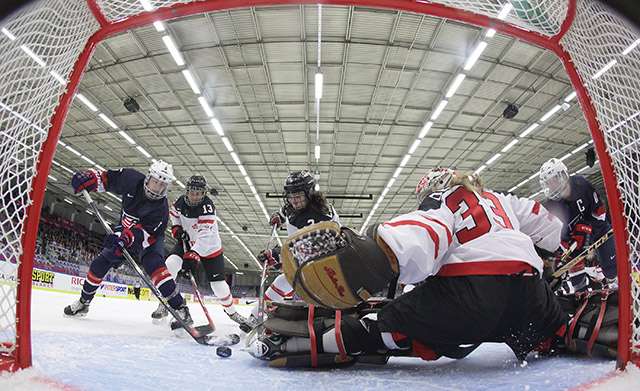 2015 WWC: USA 7 – CAN 5 (Gold)
Johnston scored twice and Lacquette had a goal and two assists, but Canada settled for silver at worlds. 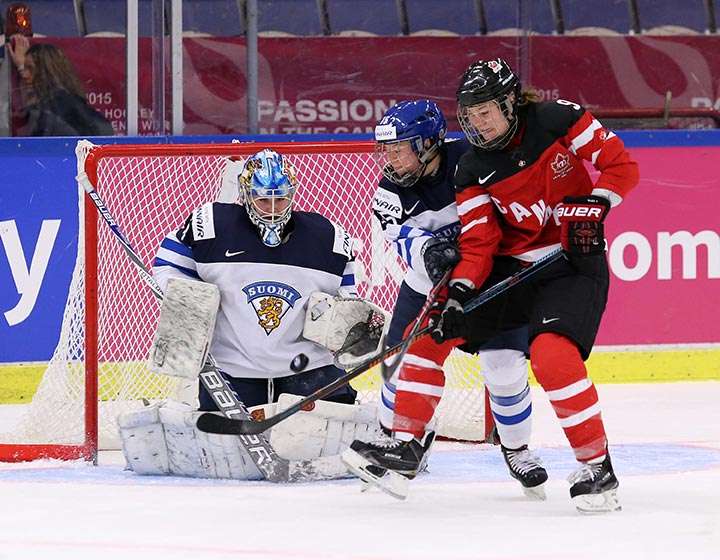 2015 WWC: CAN 3 – FIN 0 (Semifinal)
Spooner scored twice and Desbiens earned another shutout to help Canada advance to the final in Malmö. 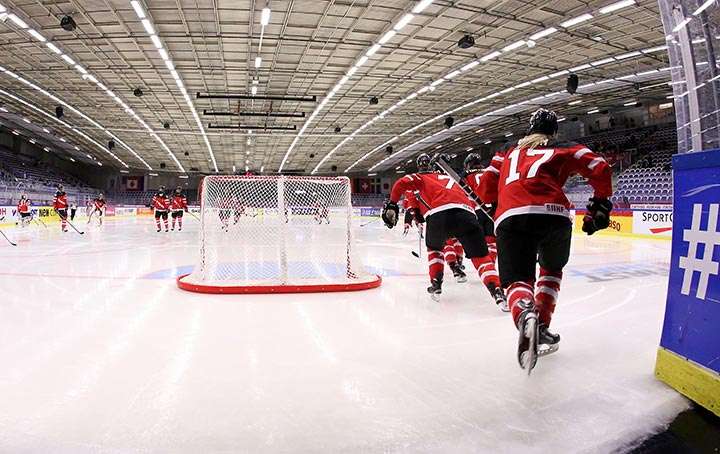