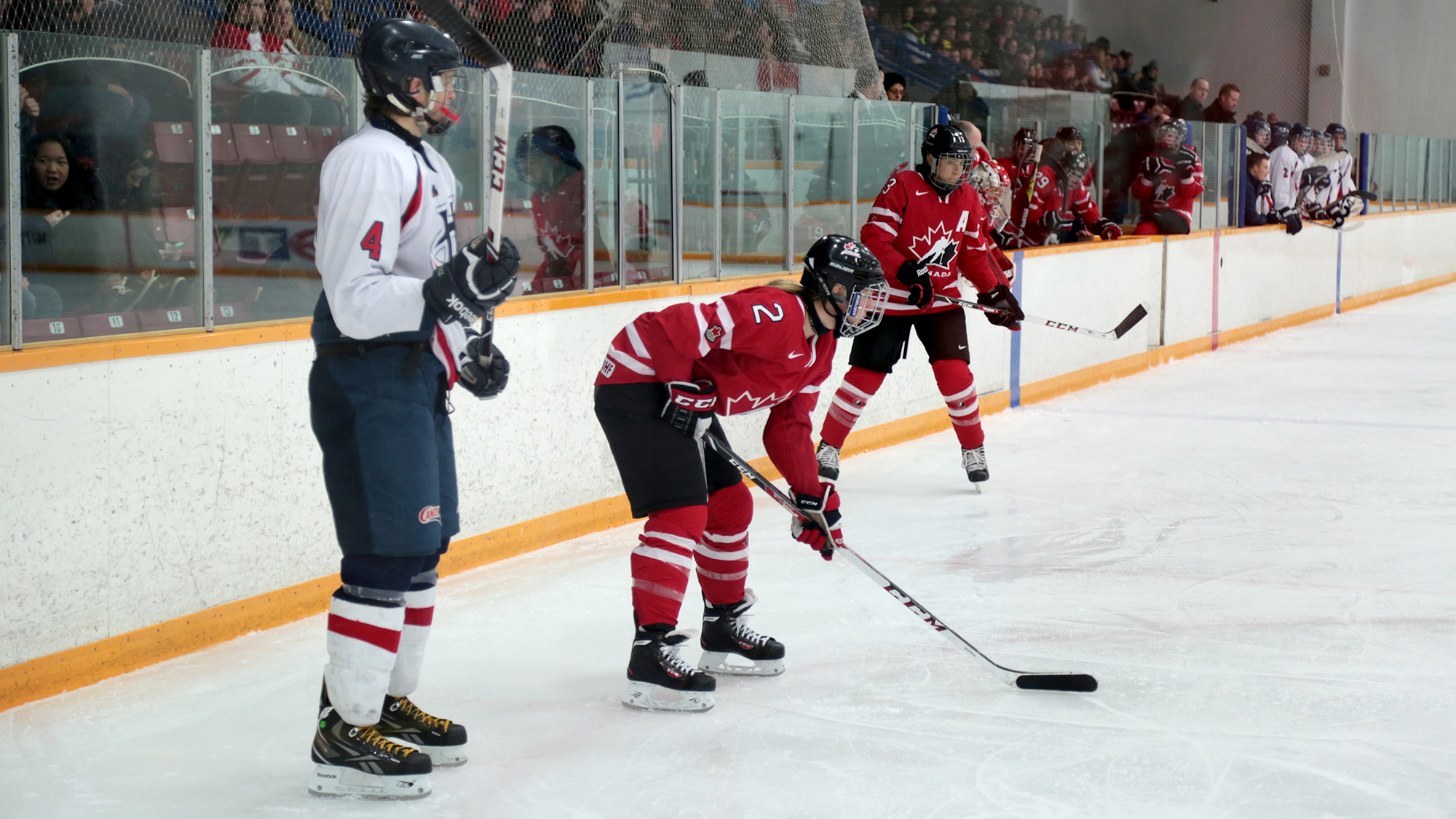 But despite impressive offensive pressure, including 43 shots from Team Canada, and some truly stellar saves from a steady, solid Lacasse between the posts, the women just weren't able to stop the Lethbridge Hurricanes from skating away with a 4-2 Midget Series win in front of a thrilled local crowd that packed Nicholas Sheran Arena.

"I thought we did a lot of good things," Hefford said following the game. "I think we executed a lot of things we've been working on in the last week. It's always disappointing to lose, and frustrating to lose, but to outshoot the other team (22 to 10) in the third period and really make a push ... we can take away some good things."

Hefford's first goal came at 4:23 in the second period, on an assist from fellow Canada's National Women's Team veteran Caroline Ouellette (Montreal, Que./Montreal, CWHL), to give Canada a short-lived 1-0 lead.

"The first one, just putting the puck on net, it's something we talked about the entire first period," Hefford said. "The rebound came right back at me, and I made sure that I got that back on net again, so that was just a good bounce."

Hefford also scored a power-play marker at 10:37 in the third, this time on assists from Hayley Wickenheiser (Shaunavon, Sask./University of Calgary, CIS) and  Catherine Ward (Montreal, Que./Montreal, CWHL) to narrow the gap to 3-2 and create some late game excitement for the Canadian ladies.

"The second one, five-on-three, Ward gave me a pass I simply couldn't miss," Hefford said. "It was a play we'd been working on ... so it was nice to see us capitalize on it."

"Great game today Heffy, you're my hero," netminder Shannon Szabados (Edmonton, Alta./Northern Alberta Institute of Technology, ACAC) said to her teammate as she strolled by following the post-game interview.

Hefford said Team Canada "is in a good place right now," as Sochi 2014 inches closer. "Every shift, every play makes a difference ... we've got to build off the good things we did tonight."

To stay-up-to-date on Canada’s National Women’s Team on its final stretch on the Road to Sochi, check out Hockey Canada’s official website at www.hockeycanada.ca/nwt and follow Team Canada on social media at twitter.com/hc_women and www.facebook.com/hockeycanada.