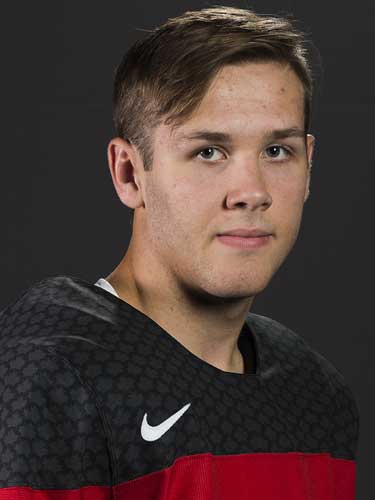 Son of Wayne and Lorianne … Has one brother, Zack, and one sister, Emma … Favourite NHL teams growing up: Chicago Blackhawks and Ottawa Senators … Favourite players: Duncan Keith and Erik Karlsson