LAPPEENRANTA, Finland – Brayden Point (Calgary, Alta./Moose Jaw, WHL) scored twice and added an assist to pace the offence as Canada’s National Men’s Under-18 Team topped Denmark 7-2 on Monday in its final pre-competition game ahead of the 2014 IIHF Ice Hockey U18 World Championship.

The Canadians finished their brief exhibition schedule at 1-1 – they dropped a 3-2 decision to Finland on Friday – and open the world championship on Thursday against Sweden in Imatra, Finland.

The Canadians struck quickly, with Gropp and Konecny making it 2-0 before the game reached the five-minute mark, and Bishop pushed the lead to three at 12:45.

Goals from Emil Grandal and Markus Jensen pulled the Danes to within one early in the second period, but it would be all Canada from that point, with Thomas and Point scoring before the end of the middle frame to restore the three-goal advantage at 5-2.

Point scored his second just 23 seconds into the third period, and Fleury capped a dominating offensive performance by the Canadians at 9:57.

Julio Billia (St-Léonard, Que./Chicoutimi, QMJHL) went the distance in the Canadian goal, finishing with 21 saves, while Lilie Thomas stopped 39 of 46 for the Danes. 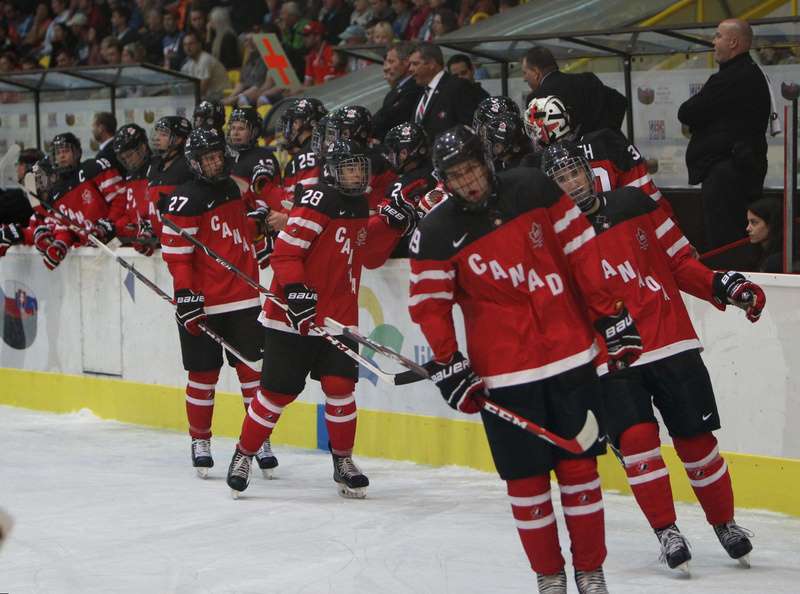 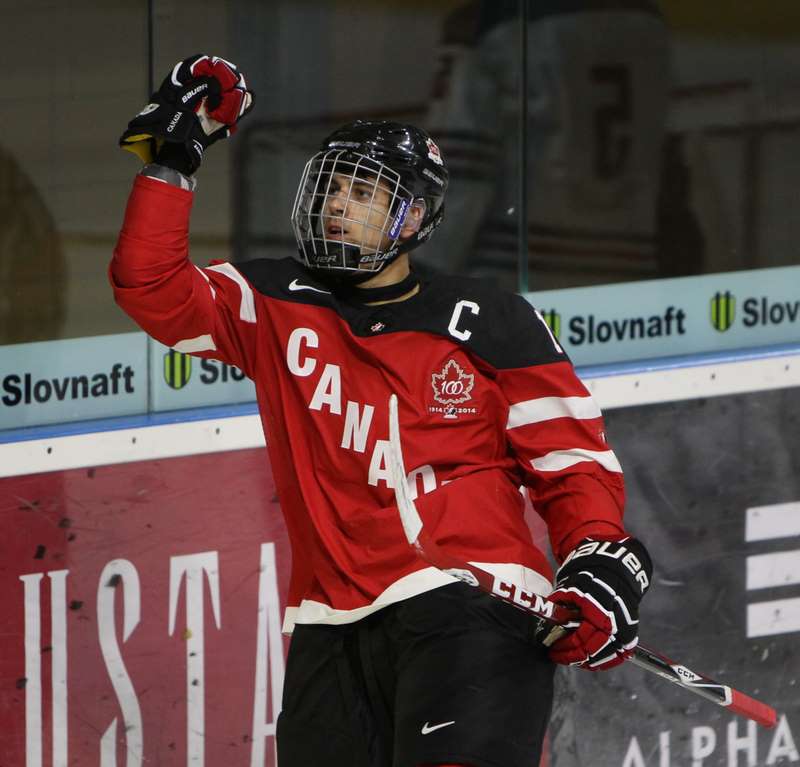 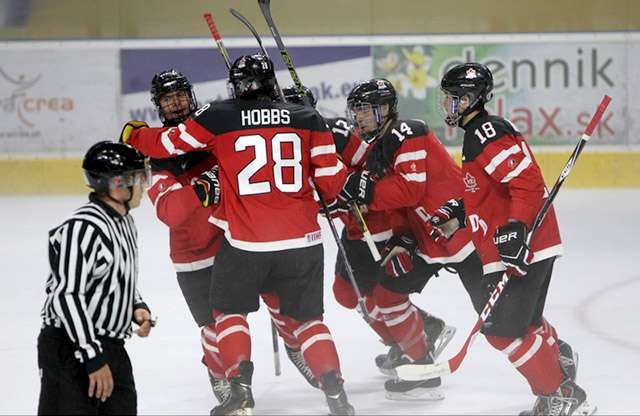 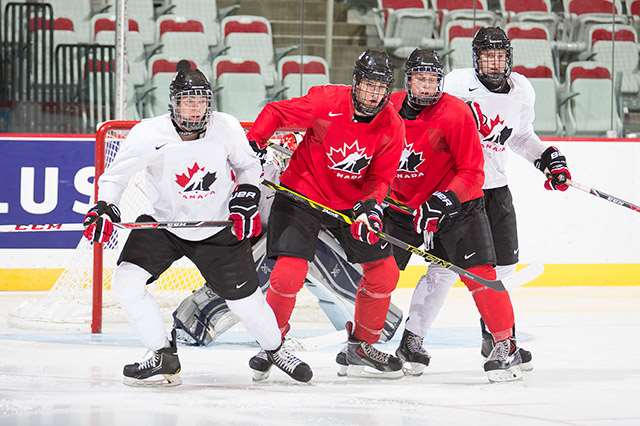 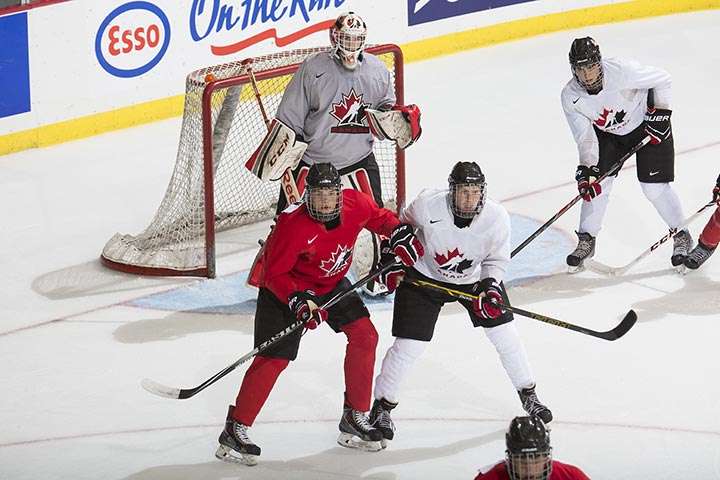 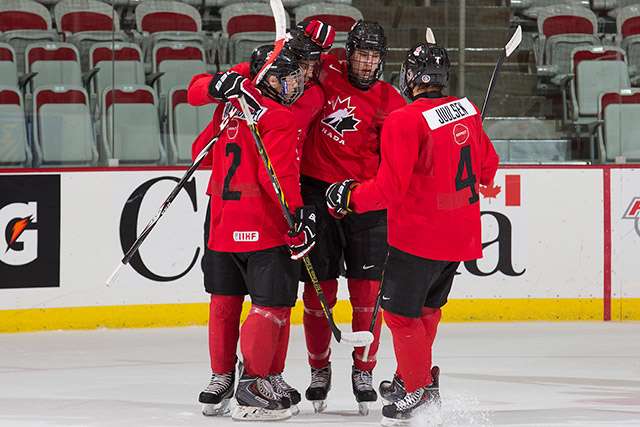 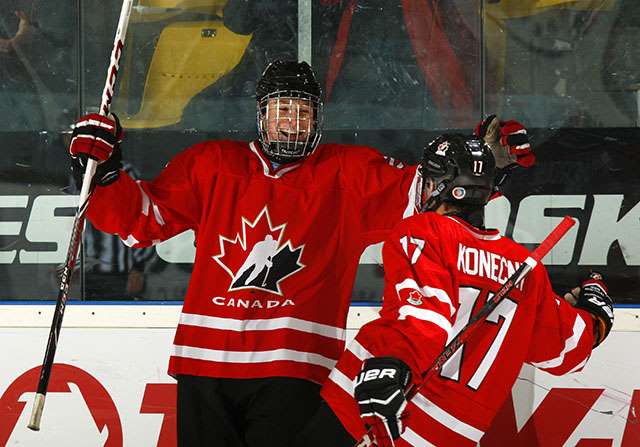 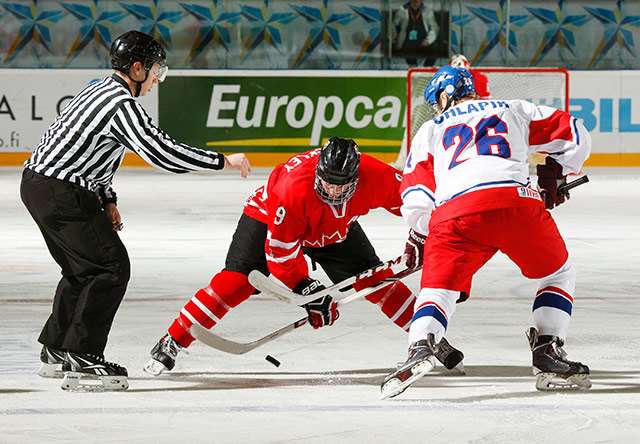 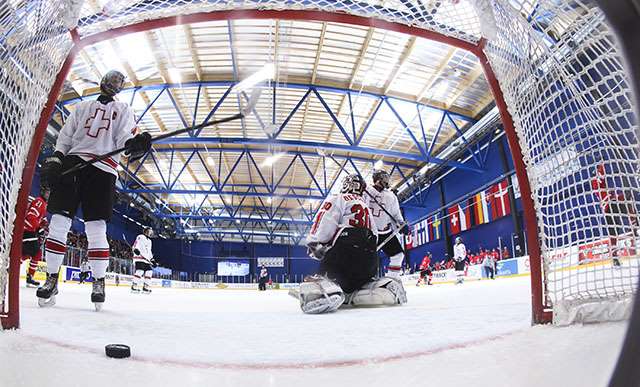 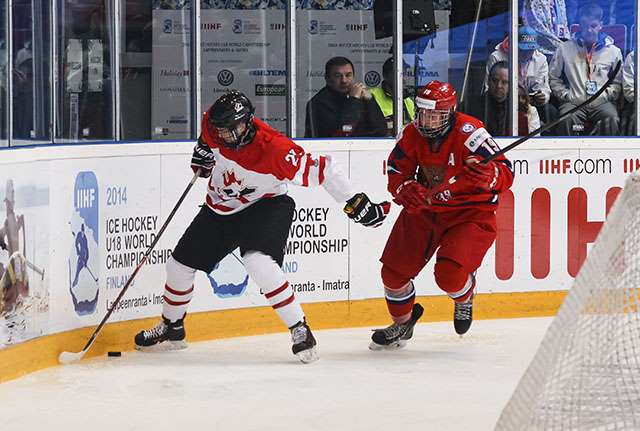 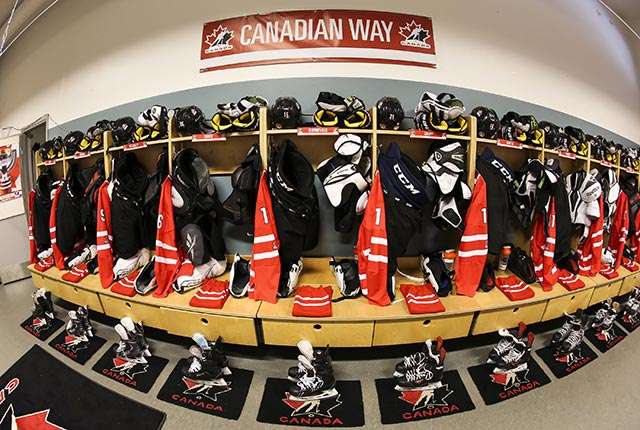 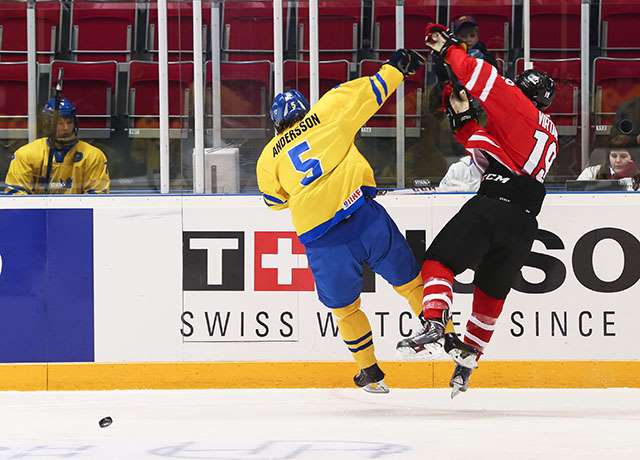