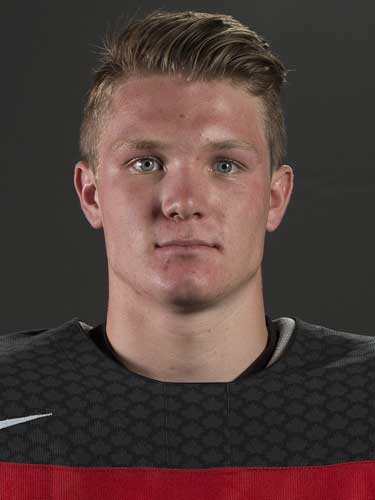 2020 WJC: CAN 6 – USA 4 (Preliminary)
Lafrenière had the GWG and three assists to lead Canada past the U.S.

2020 WJC: CAN 4 – FIN 2 (Pre-Tournament)
Foote had two goals and an assist to help Canada double up the Finns.

2019 NJT Camp: USA 5 – CAN 3 (Exhibition)
Foote had a goal and an assist, but Canada dropped its summer finale.

2019 NJT Camp: FIN 8 – CAN 3 (Exhibition)
Noel scored twice, but Canada fell short against the Finns.
Accept
Our sites use cookies to help streamline your experience and enable us to plan future improvements. By continuing to use our site, you consent to cookies being used. For more information about how Hockey Canada handles the information we collect, please review our privacy policy.
© Copyright 2020 Hockey Canada