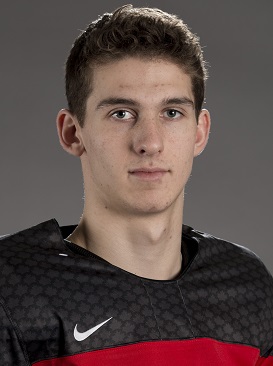 Kelowna’s second-round selection, 43rd overall, in the 2013 WHL Bantam Draft … 2017-18: Captain with Kelowna … Set a career high with four points (4A) on Nov. 17 vs. Lethbridge … 2016-17: Fourth in Kelowna scoring … Led Kelowna defencemen in scoring … 2015-16: 11th in Kelowna scoring … Third in Kelowna rookie scoring … Second in scoring among Kelowna defencemen … Rookie of the year and scholastic player of the year with Kelowna … Minor Hockey: Lists Angelo Ricci as his favourite minor hockey coach … Captained the Colorado Thunderbirds (16U) in 2014-15 … Won a silver medal with the Colorado Thunderbirds (16U) at the U.S. national championship in 2014, losing the gold medal game in quadruple overtime

Son of Adam and Jennifer … Has one brother, Nolan … Favourite NHL team growing up: Colorado Avalanche … Favourite player: Duncan Keith … His father, Adam, played 19 NHL seasons with Quebec/Colorado, winning the Stanley Cup in 1996 and 2001, and played for Canada at the Olympic Winter Games (1998, 2002, 2006) and World Cup of Hockey (1996, 2004) … His brother, Nolan, is attending Canada’s National Men’s Summer Under-18 Team selection camp

2018 4NC: CAN 6 – FIN 0 (Pre-Tournament)
Johnston and Daoust had 1G 2A to help Canada to an exhibition win.
Accept
Our sites use cookies to help streamline your experience and enable us to plan future improvements. By continuing to use our site, you consent to cookies being used. For more information about how Hockey Canada handles the information we collect, please review our privacy policy.
© Copyright 2021 Hockey Canada