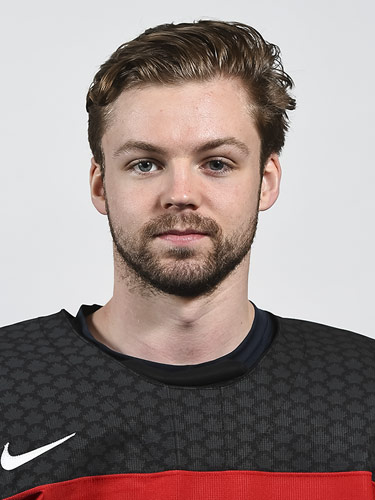 Son of Tom and Bev … Has one brother, Jake … His father, Tom, a quarterback, played university football at the University of Calgary … Favourite NHL team growing up: Calgary Flames … Favourite player: Drew Doughty … Wrote a hockey poem that is published in Quills Canadian Book of Poetry