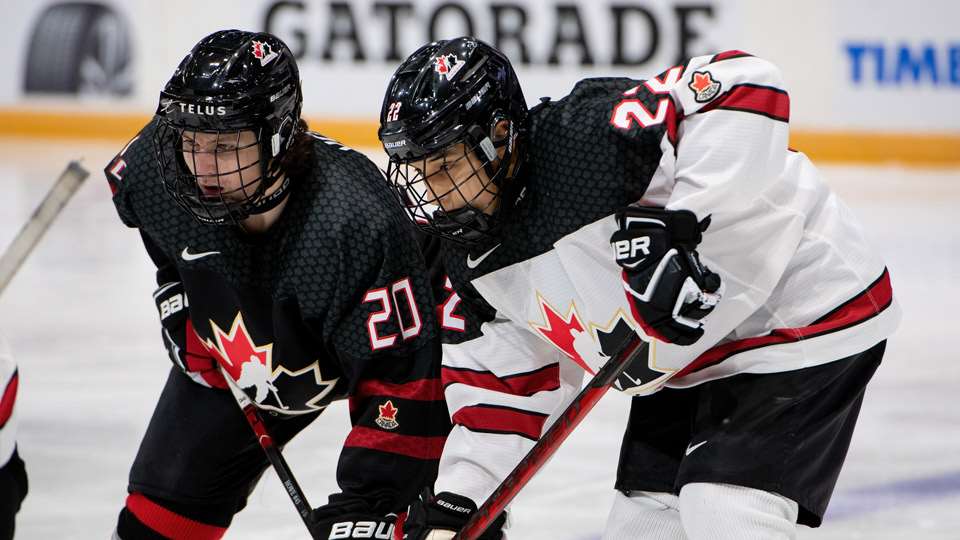 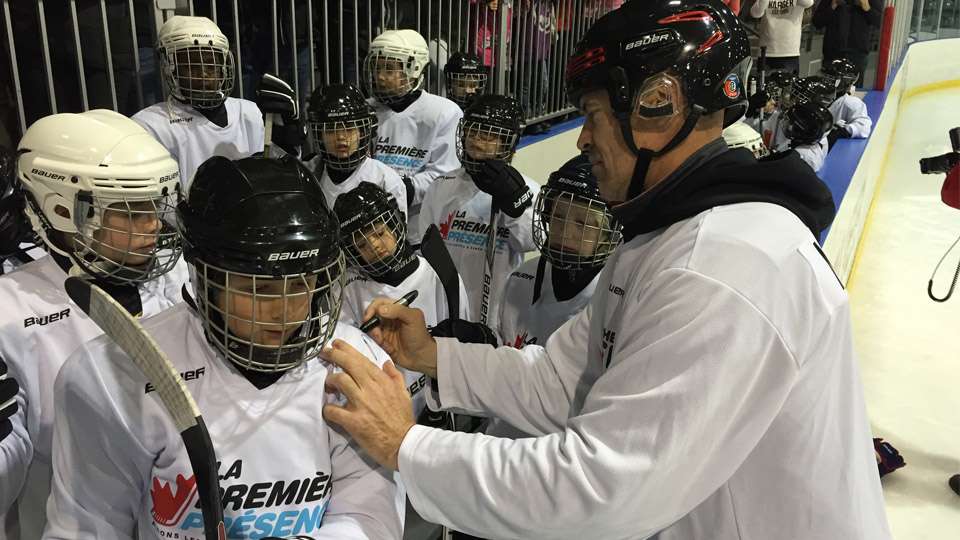 There are few names in Canadian hockey more recognizable than Mark Messier, so who better to bring new players into the game through The First Shift program, a Hockey Canada and Bauer Hockey initiative.

Early on the morning of Feb. 13, Messier joined young players and their parents at the Pavillon de la jeunesse to celebrate the program’s first-ever stop in Quebec City, Que.

While the parents were already amazed at seeing their kids taking their first strides on skates, they were left in awe when Messier hopped onto the ice to join the new players.

Although Messier’s presence was a surprise, it certainly was no accident. He and his sister Mary-Kay, the director of brand initiatives with Bauer Hockey, have been working hard for a number of years to help promote hockey across the country.

“When we found out that there were a number of things that were inhibiting new families from hockey and kids from playing, we set out to form a program,” says the 2007 Hockey Hall of Fame inductee.

“A program that would make it fun for the kids, affordable, and that would get them some coaching, some ice time and bring them into an environment that’s real friendly to teach them about hockey on and off the ice.”

That’s exactly what The First Shift is all about. It’s about getting kids who’ve never experienced hockey a taste of the action, and making sure they are supported through the process.

For new hockey mom Vanessa Mercier, a chance to get both her boys into hockey was too good to pass up.

“My sons Nathan and Jérémy are six and eight years old and this is their first experience in hockey,” she says. “They love going out to the rink in our small village and they wanted to learn a little bit more.

“We wanted them to have fun and to learn about some new techniques, so when we saw the ad for The First Shift, we signed them up. We’ve been very well guided through it all.”

While The First Shift is where kids are learning the fundamentals of hockey on the ice, it is also the beginning of a life-long process that will teach them life skills away from the rink.

The game of hockey can instill on its players an endless amount of life lessons that can carry out through an entire life. Following a 25-year professional career, Messier is living proof.

Aside from his participation in The First Shift, Messier was in Quebec City to coach his 12-year-old son Douglas, who helped the New York Americans reach the quarter-finals of the Tournoi international de hockey pee-wee de Québec.

With that coaching position and his involvement with Bauer and other development programs, Messier takes minor hockey very seriously and has made it a personal mandate to grow the game at the grassroots.

“I love teaching the kids, watching them develop and see their own passion for the game of hockey,” he says with a grin. “It’s about igniting a passion for hockey that some of them didn’t even know they had.

“The game itself is a teacher. You get life lessons that’ll be with you forever: learning how to play on a team, the discipline, the commitment it takes, the responsibility, having compassion, tolerance, and patience. For the kids to get started at this age, it’s great. It’s so important that they not only learn how to play the game of hockey, but also to learn how to be good teammates and a good person.”

Words of wisdom from a hockey legend that knows a thing or two about lending an assist.

And with arguably the greatest leader in hockey history taking a leading role in the growth of the game, it’s safe to say that the future of Canadian hockey is in good hands.

NHL/NHLPA First Shift, by the numbers 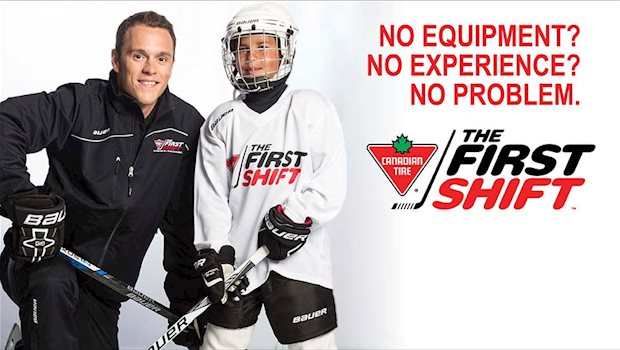 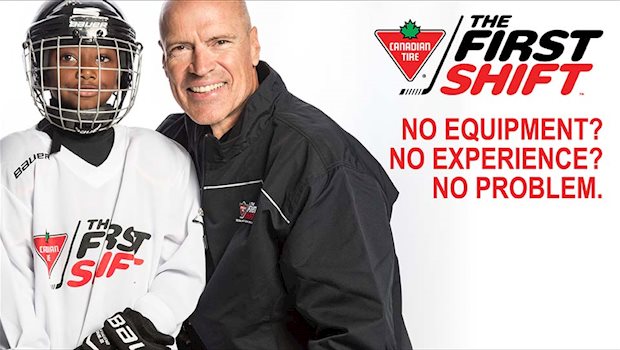 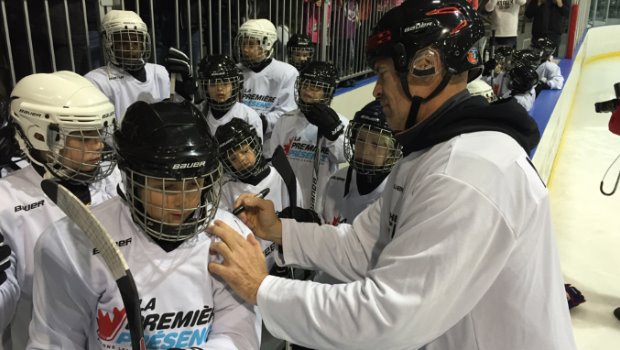