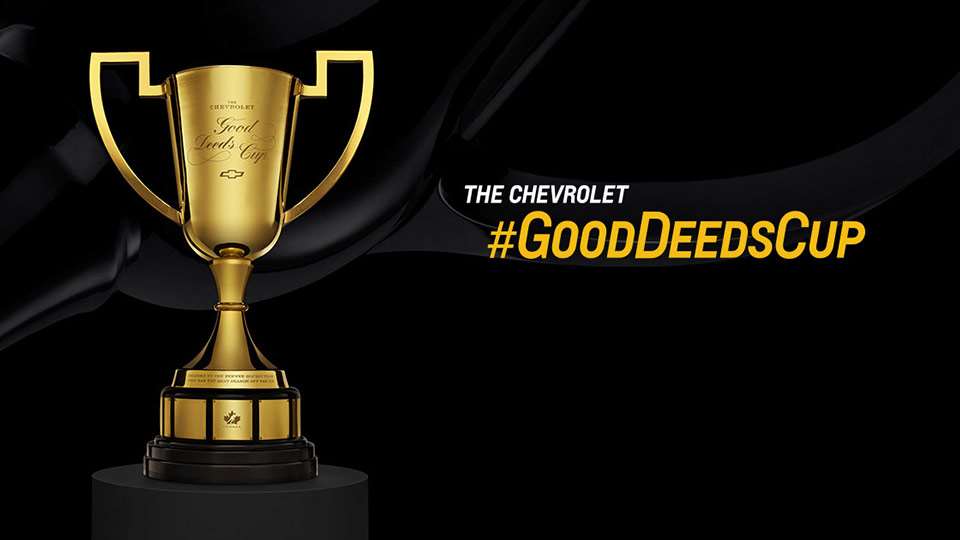 The Good Deeds Cup is back.

Chevrolet and Hockey Canada have launched the second season of the program, which searches for the Peewee team that makes the biggest impact in its community.

Last year, close to 100 video submissions were received before the Glace Bay Miners were voted national winners, earning a prize that included a feature that ran on national television last spring.

The Miners visited a nursing home on Valentine’s Day to spend time with residents and hand out treats, and were also recognized for collecting donations for the family of a local player who was battling cancer.

Good deeds could include visiting an animal shelter, raising money for charity collecting bottles and cans, volunteering at a food bank, shoveling neighbourhood driveways or visiting sick kids at a hospital, just to name a few.

What’s up for grabs this season? The team that wins the Good Deeds Cup will receive:

Once the calendar turns to 2018, 10 semifinalists will be selected from all entries. A judging panel will choose the top 10, which will then be narrowed down to three by totaling the views the submission videos receive on YouTube from Jan. 15 to Jan. 28.

From the final three, judges will name a winner based on the number of YouTube views along with the impact on the community and community engagement.

For more information on the Good Deeds Cup, visit Chevrolet.ca.