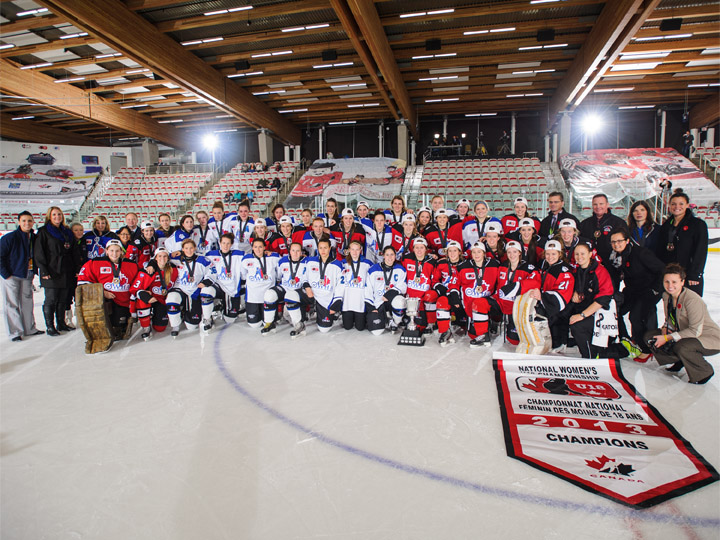 The win gives Ontario Red its eighth gold in nine tournaments, putting them back on top  of the U18 nationals pedestal.

As the puck dropped, Ontario Red’s Breanne Wilson-Bennett (Markham, Ont./Toronto, PWHL) and Ontario Blue’s Lauren Lefler (Windsor, Ont./Bluewater, PWHL) faced off and scrambled to gain possession of the puck. The first 10 minutes of the game flew by, with each team matching the other shot for shot. Brooke Hartwick (Thorndale, Ont./Bluewater, PWHL) opened the scoring early in the period with assistance from Taytum Clairmont (Waterloo, Ont./Toronto, PWHL) and Nadine Edney (Mississauga, Ont./ Mississauga, PWHL) to give Ontario Red a 1-0 lead.

Ontario Blue quickly stacked on the penalties for roughing, interference and body contact, giving Ontario Red an almost five minute two-man advantage. With five seconds to go in the first period, Edney nailed in a power-play goal assisted by Clairmont, making the score 2-0 for Ontario Red at the end of the first.

“We just took it step by step, focusing on each game,” Clairmont said after the game. “We played amazing and gave it our all.”