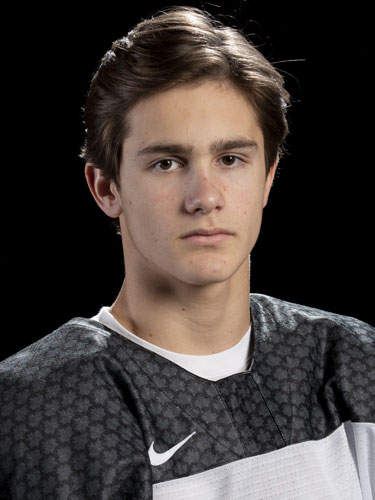 Son of Cory and Mara … Has one brother, Riley, and one sister, Madison … Favourite NHL team growing up: Tampa Bay Lightning … Favourite player: Patrice Bergeron … His father, Cory, played 1,025 NHL games with Calgary, St. Louis, Tampa Bay, Carolina, Ottawa and Florida, and represented Canada at the 1999 IIHF World Championship … His brother, Riley, made his NHL debut with Florida during the 2018-19 season