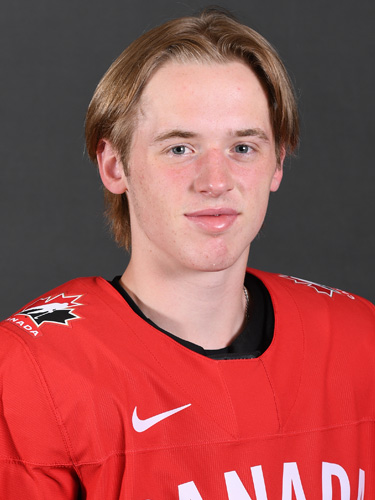 Son of Chris and Trish … Has one brother, Graeme, and one sister, Mackenzie … Favourite NHL team growing up: Ottawa Senators … Favourite player: Erik Karlsson … His brother, Graeme, won gold at the 2018 Hlinka Gretzky Cup and was selected 80th overall by New Jersey in the 2019 NHL Draft