As if there was ever any doubt. The WJAC MVP finished in style, turning aside 35 of 36 U.S. shots to backstop Canada West to its fifth gold medal. Rose had nine saves in the first period, 14 in the second and 12 in the third to cap a week that saw him post three wins, a 1.59 goals-against average a .942 save percentage.

Two starts, two impressive performances for the Czech puck-stopper, who followed up a 37-save performance against the U.S. (which garnered him Star honours) with 28 stops against Russia – including a first-period penalty shot – to backstop the Czechs to the podium for the first time ever at the WJAC.

The University of Denver commit got the scoring started with one of the prettiest goals of the tournament, dancing through the Czechs before wiring in a wrist shot, and helped finish it with the third of four Canadian goals in the final nine minutes to send West back to the gold medal game for the eighth time.

The Trail Smoke Eaters sniper provided the big goals when his team needed them most. Armour tied the game on the power play with 6:31 left before forcing a turnover in the neutral zone and picking the top corner for the overtime winner just 42 seconds into the extra period, sending West to the semifinals.

The Pittsburgh native was Johnny-on-the-spot with overtime looming at the RECC, poking in the game-winning goal with just 32.7 seconds remaining to give the Americans a win over Canada West in the prelim finale. Dugan has scored in both games for the U.S., who will take momentum into the quarter-finals.

The Czechs are bound for the semifinals on the back of their goaltender, who stonewalled the defending gold medallists to book a spot in the final four. Brizgala made 37 saves – 19 of them coming in the final 20 minutes – and even picked up the lone assist on the game-winning goal to cap off a do-it-all performance.

The blue-liner came up big early, scoring twice in the first 23 minutes to give the Russians a lead they wouldn’t relinquish. Romanov opened the scoring with a bomb from the point late in the first period, and finished a ridiculous tic-tac-toe passing play for a PPG early in the second, sending Russia to a Day 1 win. 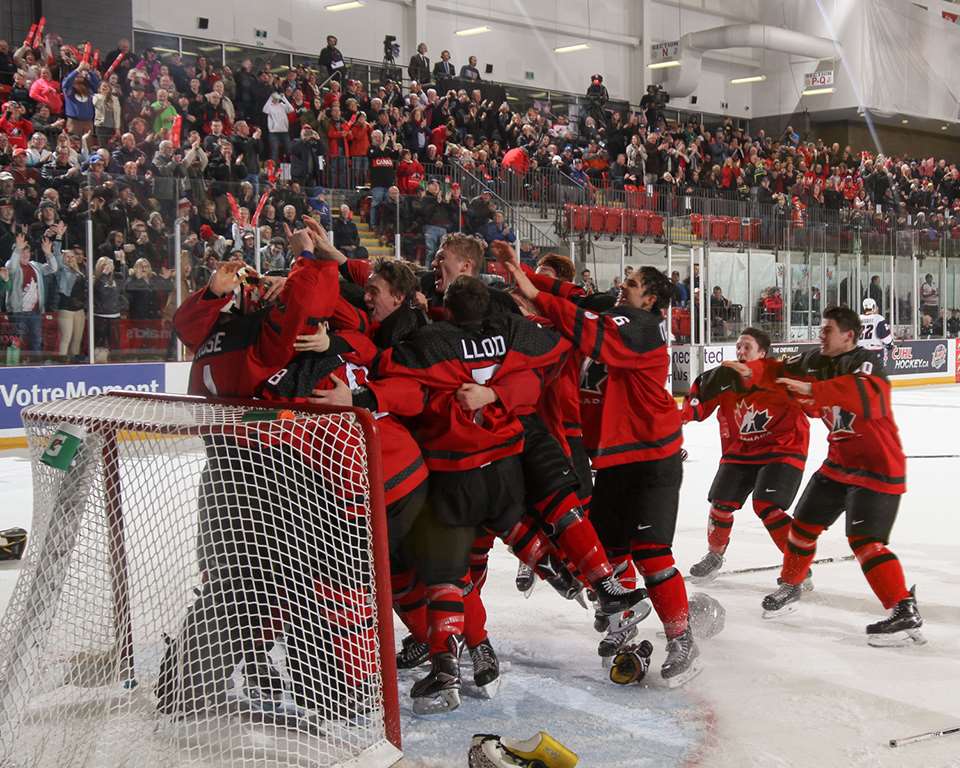 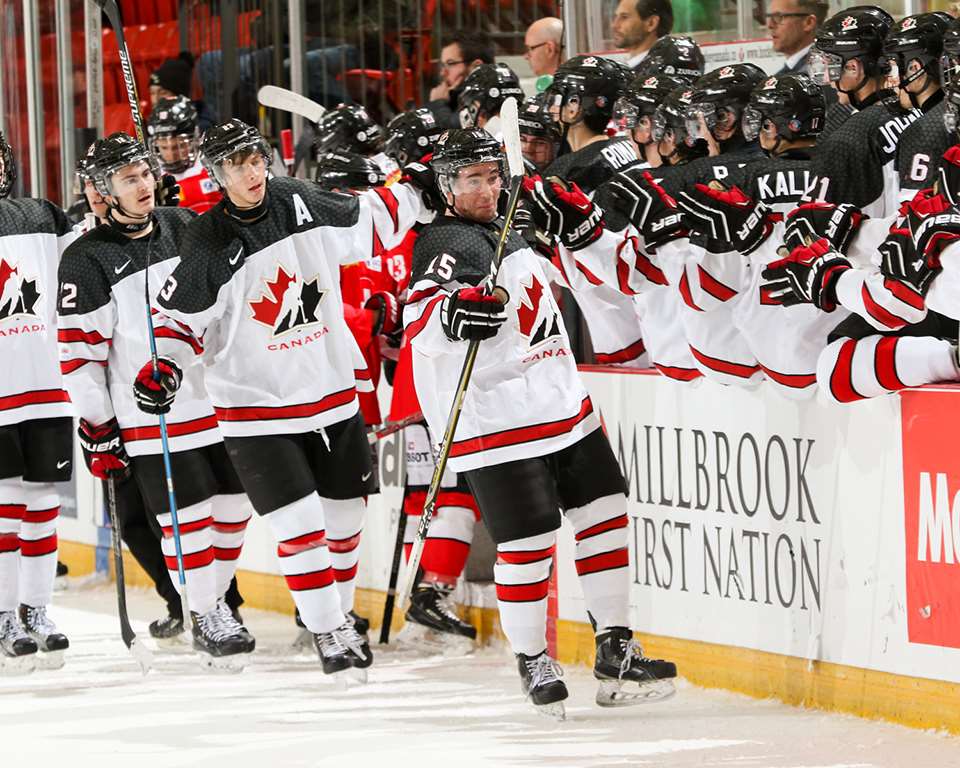 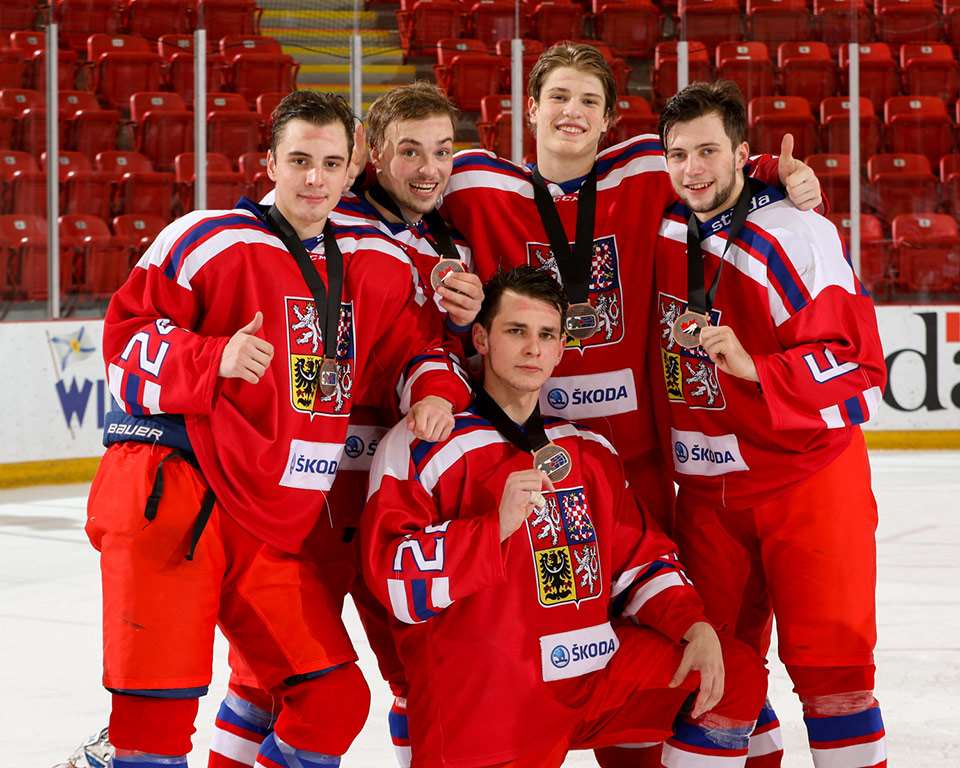 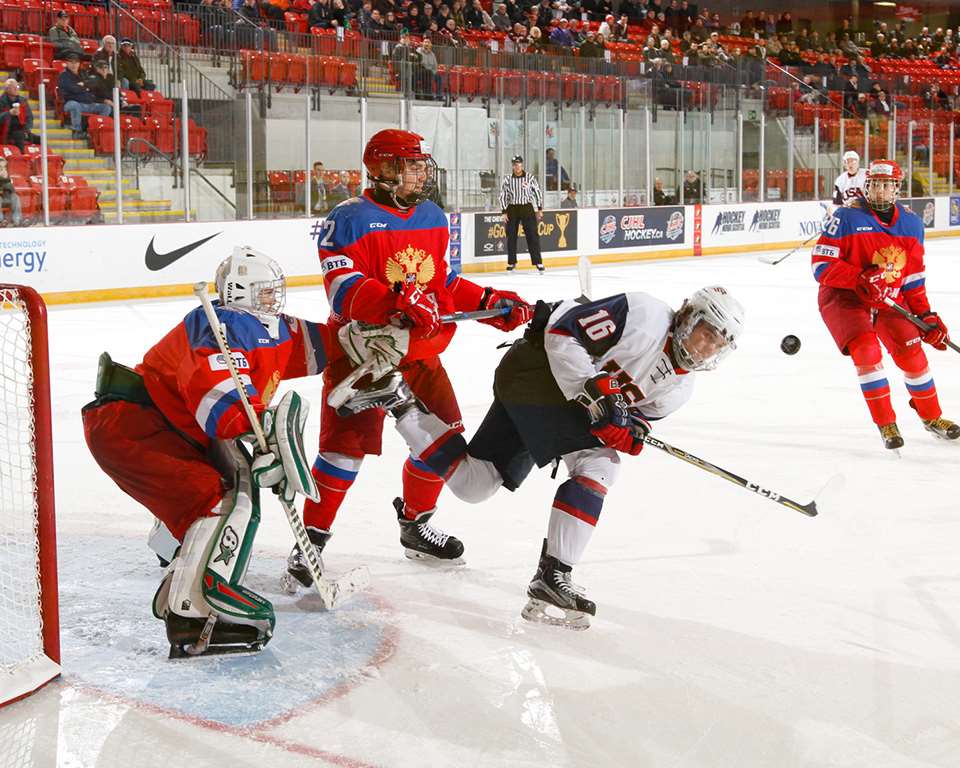 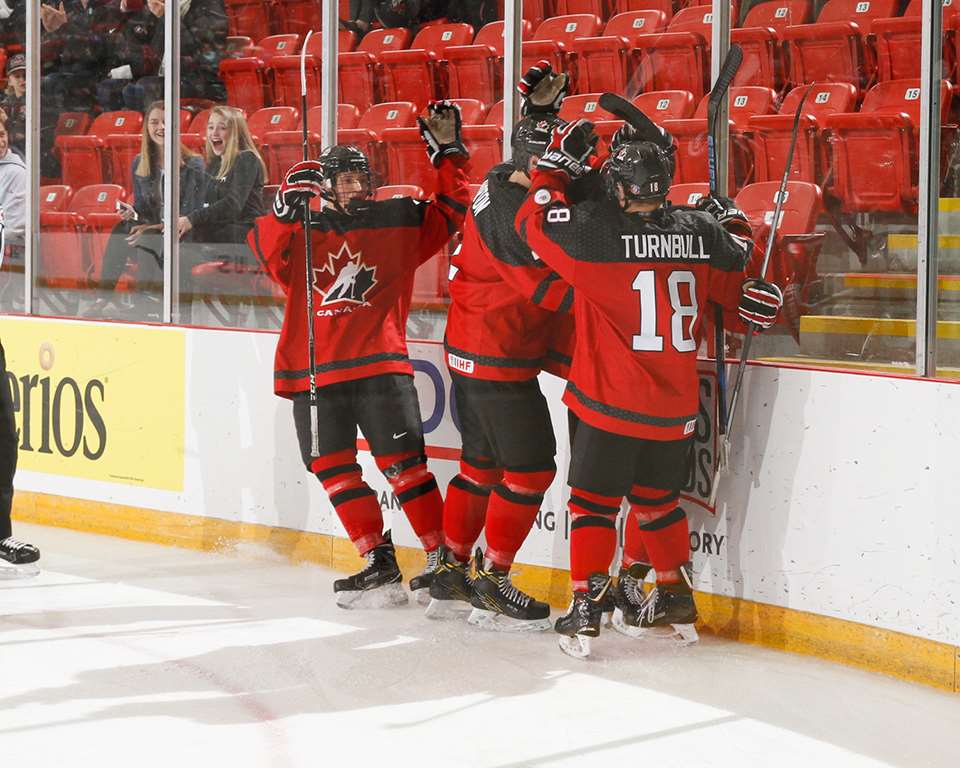 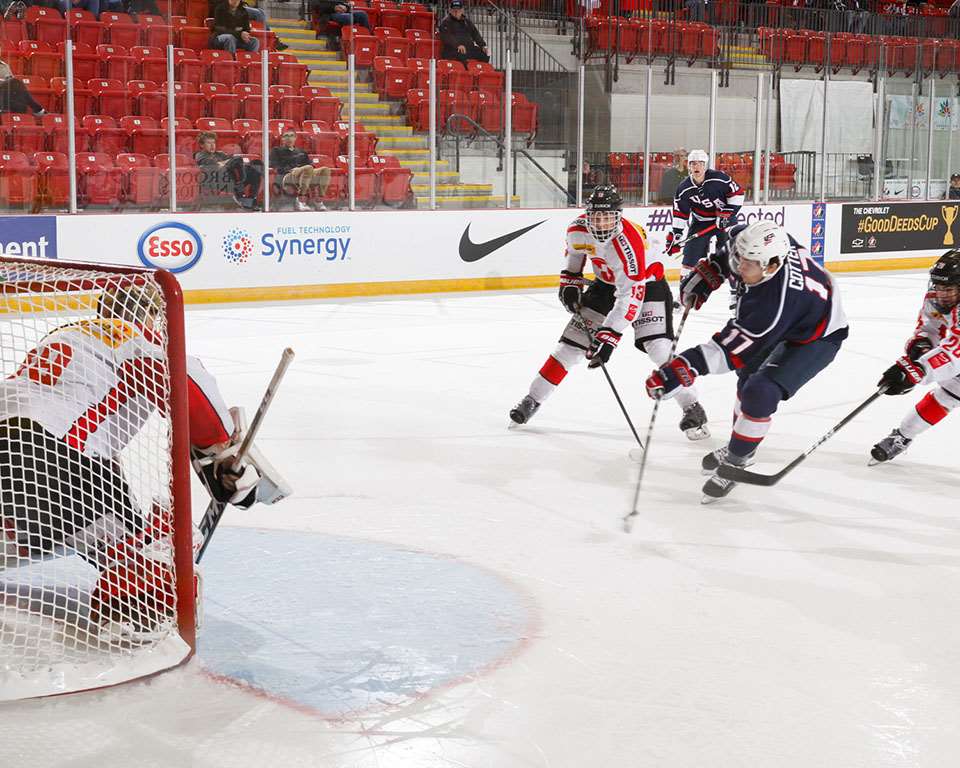 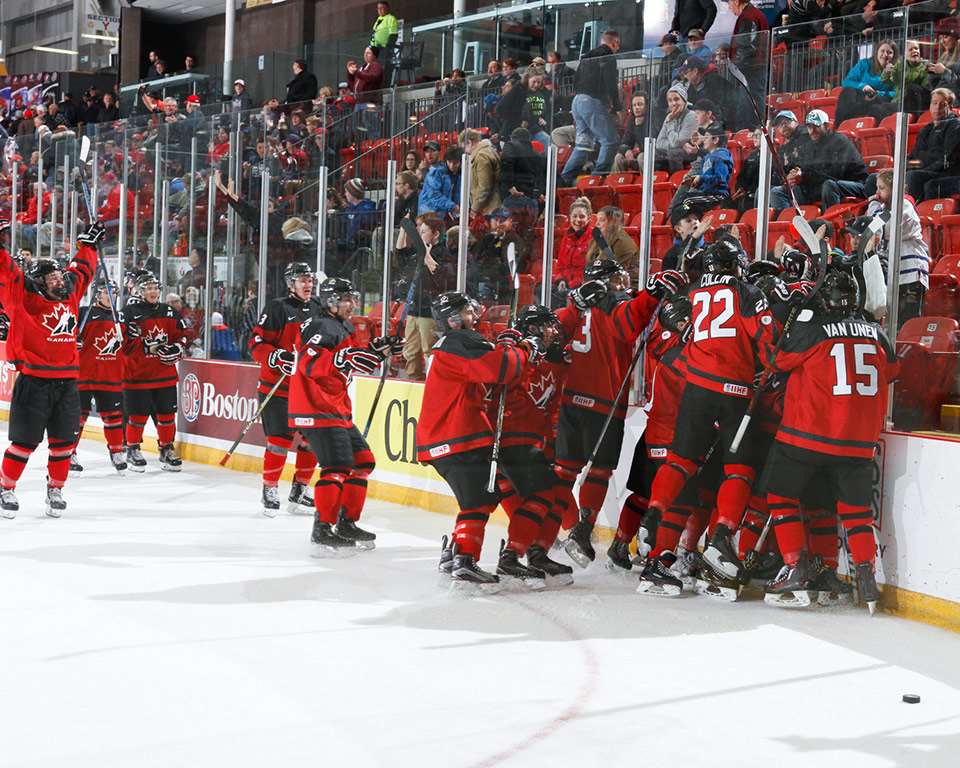 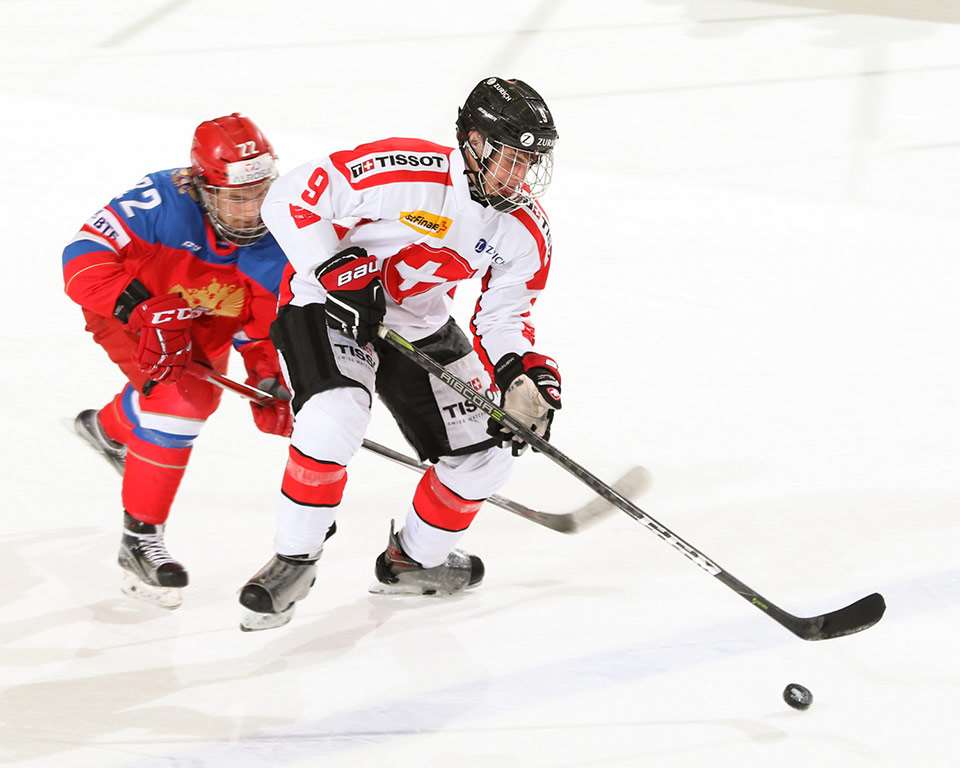 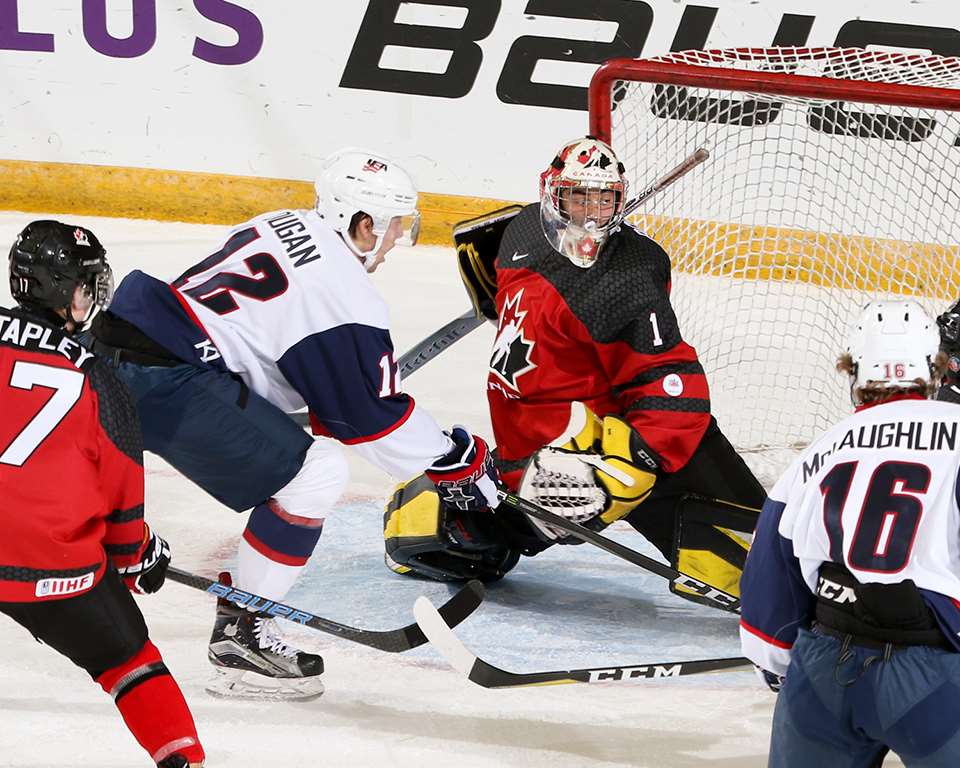 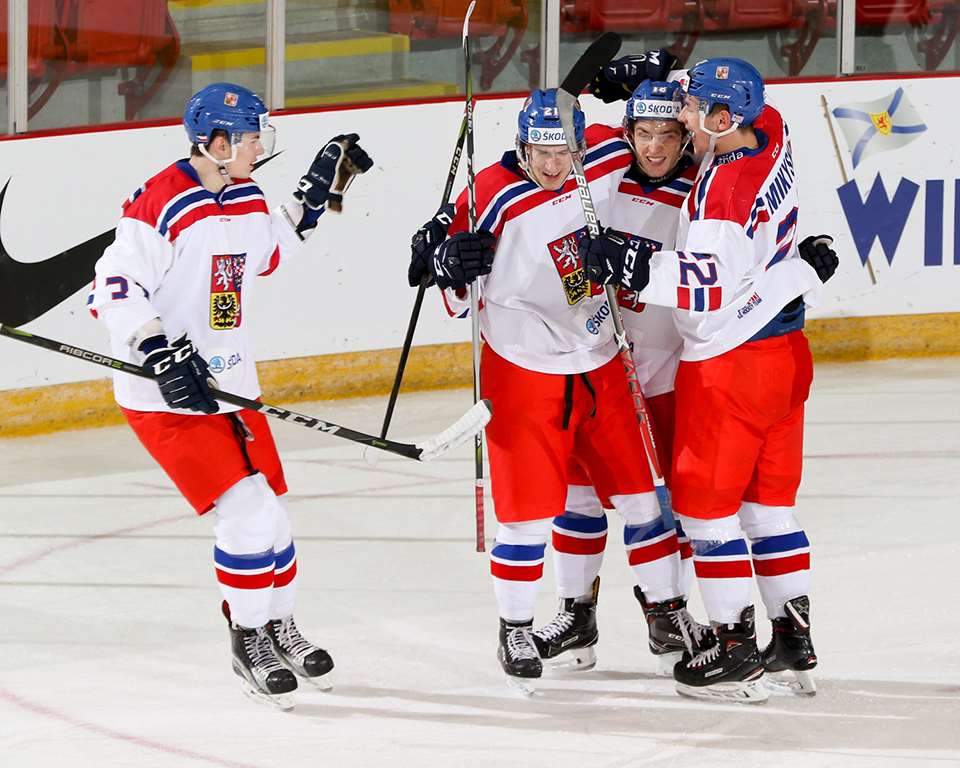 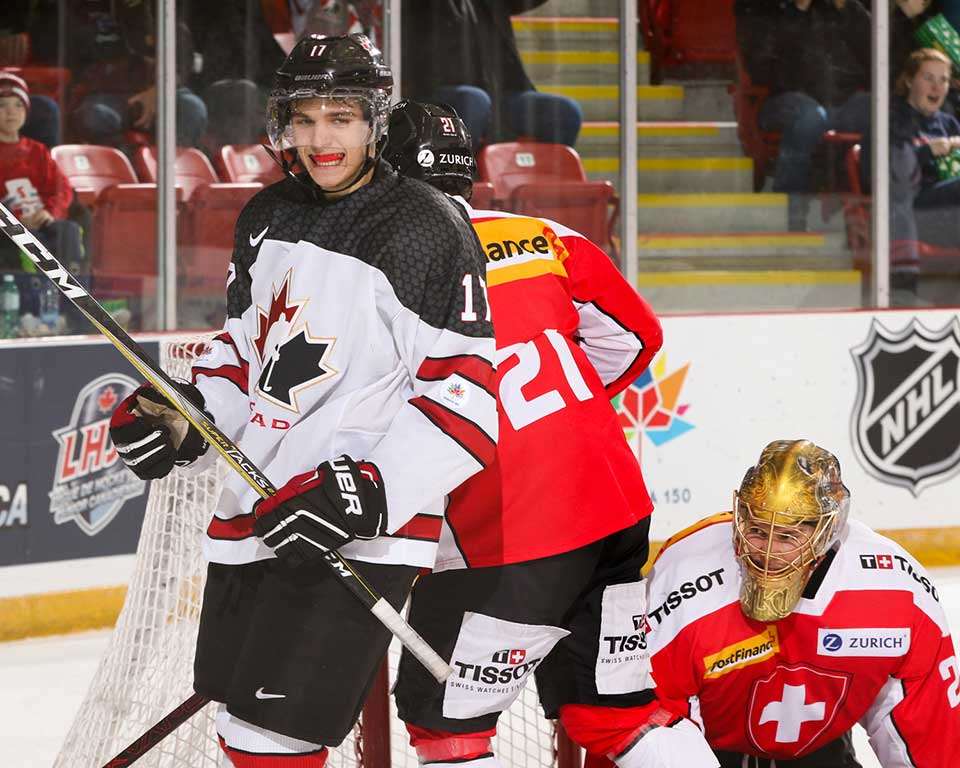 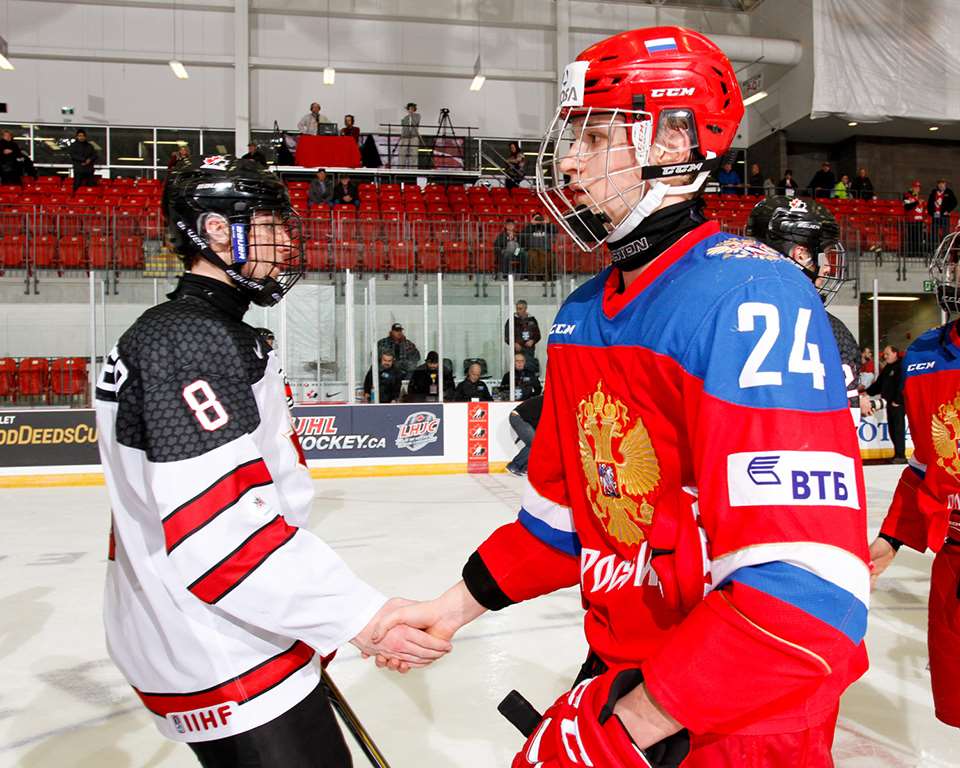 2017 WJAC: RUS 5 – CANE 1 (Preliminary)
Romanov and Morozov had two goals each to send Russia to the victory.
More
Recent News
Most Popular
December 16, 2017
Team Canada West is golden at 2017 World Junior A Challenge
Squad bests Team USA for fifth gold medal in tournament history
Jason La Rose - December 14, 2017
Broadening their horizons
With the RBC Cup less than five months away, a pair of Chilliwack Chiefs are learning on the job at the World Junior A Challenge
Katie Brickman - December 13, 2017
Sibling success
A love of the game and strong bond off the ice have pushed Connor and Maggie MacEachern to the highest levels of hockey
NHL Central Scouting - December 10, 2017
Eyes on the future in Truro
Players to watch at the 2017 World Junior A Challenge
December 5, 2017
Team Canada East, Team Canada West finalize rosters for 2017 World Junior A Challenge
Nine players making repeat appearances for Canada at international junior A showcase
August 23, 2017
Hockey Canada, BDO partner to drive more funding into grassroots hockey
BDO Goals for Kids puts money into minor hockey across the country
MORE
Accept
Our sites use cookies to help streamline your experience and enable us to plan future improvements. By continuing to use our site, you consent to cookies being used. For more information about how Hockey Canada handles the information we collect, please review our privacy policy.
© Copyright 2022 Hockey Canada