YARMOUTH, N.S. – Joel Horodziejczyk (Sudbury, Ont./Soo, NOJHL) stopped 36 of the 38 shots he faced to help East to a 4-2 victory over West in the second and final CJHL Prospects Game on Saturday afternoon. 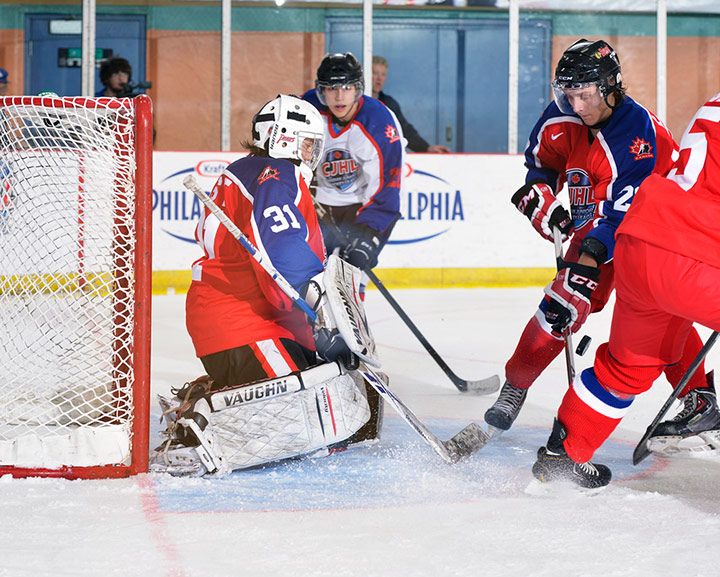 The win, coupled with a 4-2 victory in Friday’s first game in Digby, N.S., gives East an 8-4 aggregate win in the two-game, total-goal series. It’s the first time East has won the President’s Cup since 2010.

Punkari, Sikura and Alvaro all scored their second goals in as many nights.

East spread around the scoring, with nine players recording points; no skater had more than one.

Lindstrom and fellow Yarmouth Mariners blue-liner Billy Hartley (Dartmouth, N.S./Yarmouth, MHL) were called in to duty for West and East, respectively, after a pair of injuries in Friday night’s game.

After a scoreless first period, East took control of the game, and series, with a pair of goals in the second; Punkari opened the scoring just 85 seconds into the middle frame, and Sikura doubled the lead at 12:48.

Alvaro gave East a 3-0 lead in the game, and 7-2 in the series, just 18 seconds after the puck dropped to start the third period, before Baudry and Lindstrom scored 5:51 apart to get West on the board.

Spivak capped the scoring into an empty net with three seconds left.