KUFFNER AND HUDSON HAVE TWO POINTS EACH, JR. 67’S ADVANCE TO FINAL

SAULT STE. MARIE, Ont. – Ryan Kuffner and Matthew Hudson each scored once and added an assist to lead the offence as the Ottawa Jr. 67’s advanced to the gold medal game at the 2013 TELUS Cup with a 4-1 win over the Rousseau Royal de Laval-Montréal on Saturday night. 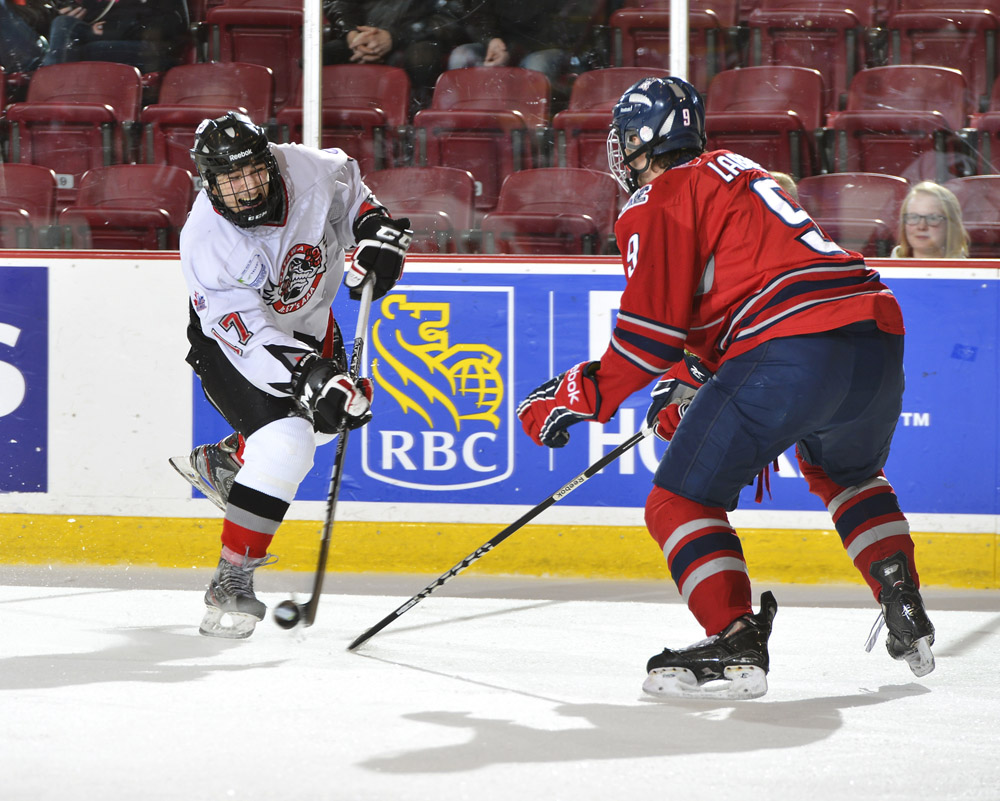 The victory means the Jr. 67’s will be the first team from the nation’s capital to appear in the gold medal game at Canada’s National Midget Championship, since the East Ottawa Voyageurs in 1978.

Matt Foget and Peter Sigouin had the other goals for Ottawa, while Elias Rizk chipped in with two assists.

Julien Nantel scored for Laval-Montréal, which was held to just a single goal after scoring 27 in its previous four games. The Rousseau Royal loss means Quebec’s gold medal drought will reach 12 years, its longest ever.

The Jr. 67’s came out with jump in the first period, outshooting Laval-Montréal 23-10 in the opening 20 minutes and taking a 2-0 lead on goals from Kuffner and Hudson, who scored similar goals – both took the puck to the net and went to their backhand before beating goaltender Alexandre Duckett.

Foget pushed the lead to 3-0 late in the second, converting on a breakaway, and Sigouin made it 4-0 just 26 seconds into the third period, jamming the puck past Duckett to finish a goal-mouth scramble.

Nantel finally got the Rousseau Royal on the board with 7:13 to go, but that would be the lone puck to beat Simon Hofley, who proved his choice as Top Goaltender at Friday’s awards banquet was an accurate one, making 32 saves.

Laval-Montreal will face Saskatoon for the bronze medal on Sunday morning (11 a.m. ET, FASTHockey), trying to win a medal for Quebec for the 15th time in 16 years.