TELUS Cup 40 for 40: Counting down the greatest alumni
in National Midget Championship history

This year, Canada’s National Midget Championship celebrates its 40th anniversary, and to celebrate the occasion Hockey Canada will be counting down the top 40 alumni in tournament history. 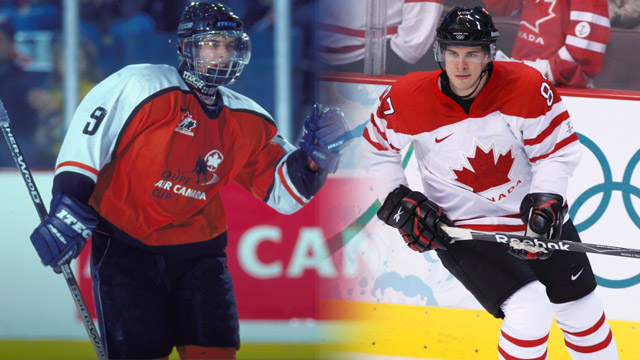 The TELUS Cup alumni list is a who’s who of hockey stars both past and present, from all-time greats like Roy, Sakic and Yzerman to up-and-comers like Crosby, Eberle and Pietrangelo.

The countdown began Thursday, March 21, with one player per day unveiled at www.hockeycanada.ca/teluscup. The No. 1 alumnus in National Midget Championship history will be announced during the 2013 TELUS Cup gold medal game on Sunday, April 28.

Follow along with the countdown online at www.hockeycanada.ca/teluscup, or through social media at www.facebook.com/teluscup or www.twitter.com/hc_teluscup, using the #TELUS40 hashtag.