Twin brother Brad who stole the headlines all week, finishing atop the tournament scoring race with an MVP performance, but Shawn Bowles stepped into the national spotlight on Sunday. Bowles helped set up Davis Ross’ 2-0 goal and was in on brother Brad’s power play marker in the third period that made it 4-1 before finding the empty net himself with 2:59 to go, capping a three-point night and helping the Terriers to an unforgettable home-ice national title.

Scoring the biggest goal of your young career – and the biggest goal in your team’s history – certainly makes a player worthy of this honour. On his third team in four Junior A seasons, Larson found a home in Carleton Place this year and permanently etched his name into Canadians lore on Saturday night, knocking in a Ryker Killins rebound at 3:43 of double overtime to send Carleton Place back to the RBC Cup championship game for the second year in a row.

No player was as important to his team’s success during the preliminary round as Brad Bowles, who picked up MVP, Top Forward and Top Scorer honours at the tournament awards banquet. The Terriers forward scored four goals, added four assists, was involved in eight of Portage’s 13 goals in the round robin, and was on the ice for the game-winning goal in each of his team’s three victories, helping the tournament hosts to first place and a spot in the semifinals. 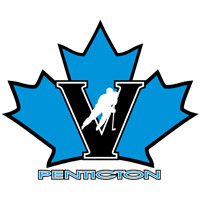 There’s no shortage of offence in the Penticton line-up, and Thursday just happened to be Newell’s turn to lead the way; the Thousand Oaks, Calif., native scored twice to give the Vees a 3-0 lead, and added a pair of assists in the third period after Soo had clawed back to within a goal, helping Penticton to its third straight victory. Newell’s performance bumped him all the way to second in the tournament scoring race, with six points (4-2—6) in four games. 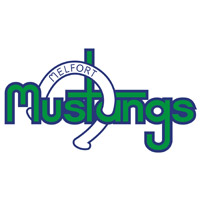 Was there really any other choice? OK, Guillaume Therien was spectacular in the Carleton Place goal, finishing with 46 saves, but the nod has to go to the overtime hero. Hyrsky earned an assist on Adam Fauchoux’s game-tying goal with four minutes to go, then stripped a Canadians defenceman in the offensive zone midway through the extra period before finding a loose puck in a scramble, spinning and finding the back of the net to keep the Mustangs’ first-place hopes alive.

The Terriers are going to the semifinals at the RBC Cup, thanks in large part to the play of their big line, and Bowles in particular. The winger, who combined with twin brother Shawn and Zack Waldvogel to take three of the top five spots in the MJHL scoring race, had a hat trick against Soo – scoring a goal in each period – and added an assist for good measure to pace Portage to a one-sided victory that confirmed its spot in Saturday’s final four festivities at the PCU Centre. 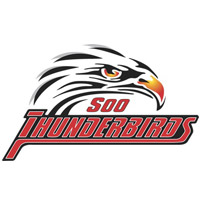 Headrick ends the two-day reign of goaltenders, albeit in a losing cause. The defenceman, who earned the playoff MVP award in the NOJHL after scoring 12 times in 14 games and averaged more than a point per contest at the Dudley Hewitt Cup, continued to provide offence from the back end against Melfort, scoring the Thunderbirds’ first goal of the tournament in the second period before finding the back of the net again in the third, giving him 40 points (18-22—40) in 33 total games this season.

The honour is more the result of Therien’s two-day effort than just Sunday’s performance; the Canadians goaltender was a perfect 13-for-13 against host Portage, making it two shutouts in as many days to start the RBC Cup. Therien is the first goaltender in 20 years – since David Weninger of the 1995 Calgary Canucks – to open Canada’s National Junior A Championship with back-to-back shutouts, and is just the second goaltender (along with OCN’s Devon Fordyce) to blank the high-scoring Terriers this season.

Robidoux has been, for the most part, a passenger on the Terriers’ playoff run, making just three starts while Portage was winning the MJHL championship and reaching the Western Canada Cup final. But he was front and centre on Saturday afternoon in the RBC Cup opener, making 31 saves and getting a little help from his friends – Penticton hit two posts and a crossbar in the first 40 minutes – to beat a very good Vees team for the second time in the last 12 days and help the Terriers start with a victory on home ice. 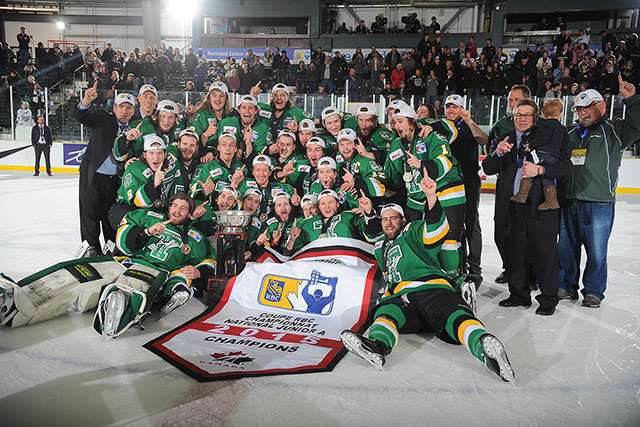 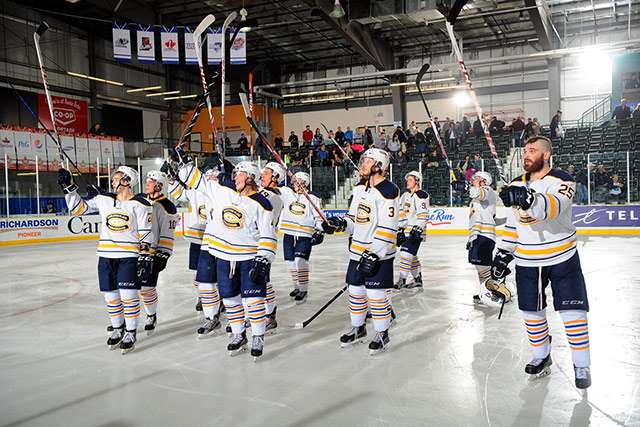 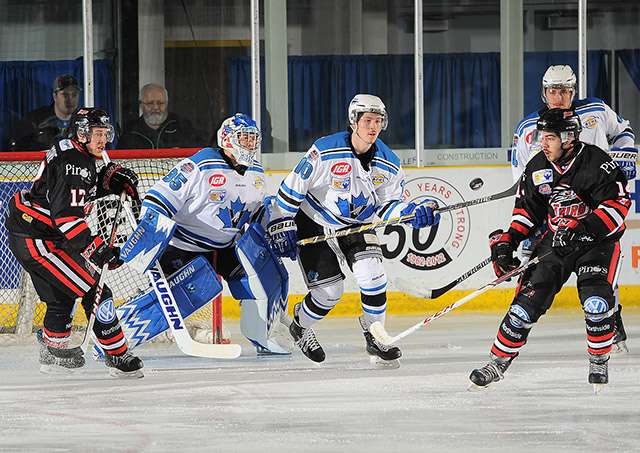 2015 RBC: PEN 5 – SOO 2 (Preliminary)
Newell had two goals and two assists to help the Vees finish the prelims with a win. 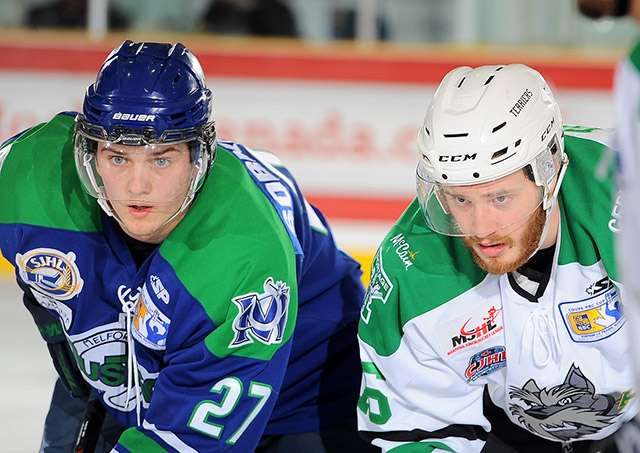