The Game Play format is referred to as the Two-Team Game Play Model (see Figure 3). This model is built on two teams playing one another in two halves or the two end zones. Each Timbits U7 team is divided into two units. A player may play goal but is not required to wear full goaltender equipment. 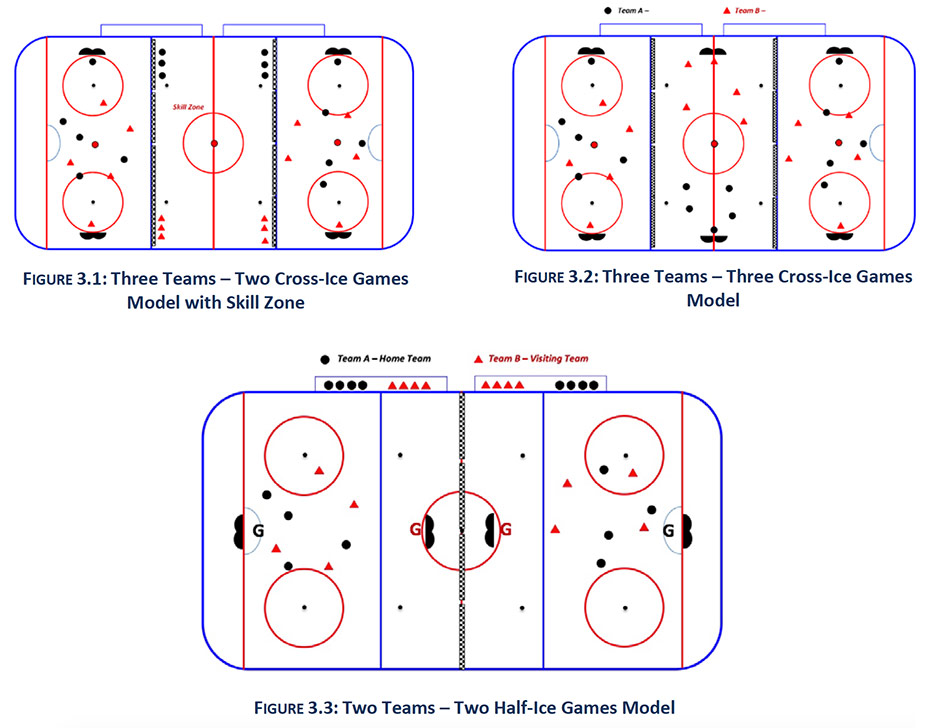 In some communities, team composition may be smaller. If this is the case, the ice is still divided in two halves, but only one half will be used for game play. The other half of the ice can be used as a practice surface (see Figure 4). 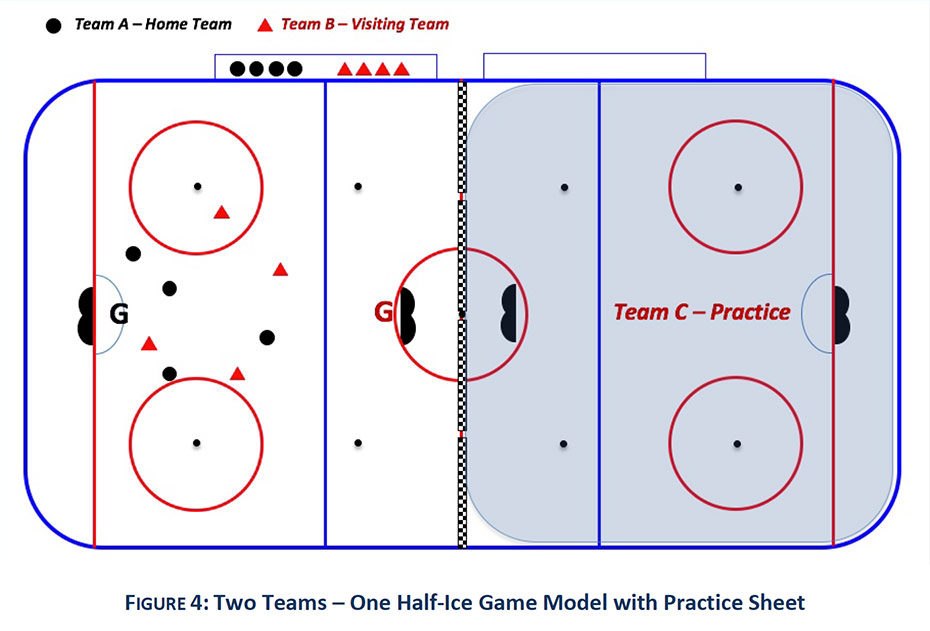