During the 2010 Winter Olympic Games the CHL, Hockey Canada, IIHF, NHL, NHLPA and USA Hockey announced the Molson Canadian World Hockey Summit – an opportunity for the game’s key groups, along with its corporate partners and the hockey media, to positively change the sport. 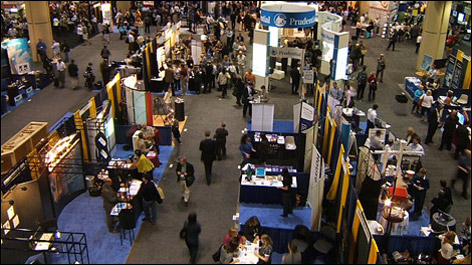 
Unlike the Molson Open Ice Summit in 1999, which focused on hockey in Canada, the Molson Canadian World Hockey Summit will put the game under the global microscope.

Over what promises to be four fascinating days, this summit will discuss the worldwide challenges facing all levels of our game, with all organizations leaving with key guiding principles to help them build the sport.

Led by the Summit Steering Committee of Bill Daly, Bob Nicholson, David Branch, Dave Ogrean, Horst Lichtner and Mike Ouellet, and moderated by the biggest names in the hockey media, a ‘who’s who’ of panelists and keynote speakers will discuss topics that will be insightful and intriguing to all who care about the game.

Sitting alongside the key stakeholders of the game, this is your opportunity to demonstrate your corporate support and further your status as a top influence in the game of hockey.

Number of Registrations being accepted
500