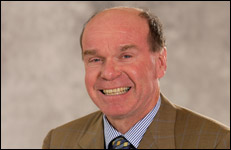 Chief Medical Officer (CMO) of the International Ice Hockey Federation (IIHF) … CMO of Hockey Canada … CMO of the Canadian Olympic Team at the 1992 Olympic Winter Games … CMO of the Canadian Universiade Team in 1991 … a member of the IOC Medical Commission … Co-Director of the Ottawa Sport Medicine Centre … Helped organize the Symposium on Concussion in Sport, leading to the agreement statement on concussion in sport (2001 in Vienna and 2004 in Prague) … Helped organize the third international Symposium on Concussion in Sport (2008 in Zurich) … Currently is one of the team physicians for the NHL’s Ottawa Senators … Was team physician for the Ottawa 67s of the OHL from 1996 through 2005 … Was team physician for the Ottawa Rough Riders football team from 1983 through 2005 … Was a trainer for minor hockey teams from 1989 through 2000 … Helped develop the Hockey Canada Safety Program and is a member of the Hockey Canada Safety Program Committee … Has had a family medical practice in Hull, Que. since 1981 … Was the 2006 recipient of the Dr. Tom Pashby Sports Safety Fund Award … Has contributed greatly to the research of spinal cord injuries and concussions … Played for the University of Ottawa Gee-Gees while completing his medical degree