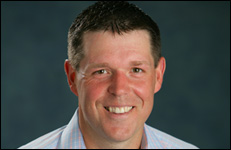 He has led Hockey Canada, over the past 11 seasons, in the hosting of national and international events such as the IIHF World Junior Hockey Championship and IIHF World Women’s Hockey Championship, in the successful negotiation of a five-year broadcasting agreement with TSN/RDS, in the re-structuring of Hockey Canada sponsorship opportunities and related activation and servicing and in the advancement of the licensing and consumer product divisions … Works with host committees of international hockey events awarded to Canada in all facets of the organization

Served as Director, Operations with Hockey Canada from 1997-98 … Manager of Hockey Operations for Hockey Canada’s Atlantic Centre of Excellence from 1995-1997 … Executive Director of the New Brunswick Amateur Hockey Association from 1991-1995 … An assistant coach with the University of New Brunswick Varsity Reds in 1994-95 … Instructor at various coaching development seminars and player development clinics … sits on several boards and committees including the International Hockey Heritage Centre Board of Directors, the IIHF Marketing Committee and the IIHF 100th Anniversary Committee

Has an education degree from the University of New Brunswick …  Was a nominee for The Globe and Mail’s 40 Under 40 feature in 2003 … Birthdate: November 27, 1966 … Hometown: Bathurst, N.B. … Resides in Calgary, Alta. with his wife, Karen and son, Jackson  … Enjoys running, golf and reading … Has completed two marathons.