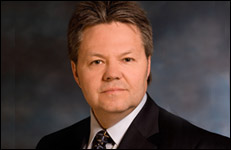 Governor, GM and head coach of the Brandon Wheat Kings Hockey Club …  A Wheat Kings alumnus … Arrived in Brandon in 1988 … Just finished his fifth season as GM and head coach after serving as GM the previous 15 seasons … Became a minority owner of the Wheat Kings in 1992 and became the team’s sole owner in 2000 … Has won eight East Division pennants and four Eastern Conference championships … Made four WHL final appearances … Participated in three MasterCard Memorial Cup tournaments including 2010 as the host team … Since the 92-93 season, when the club set a Canadian Hockey League record for the biggest single season improvement of 62 points, the Wheat Kings have won more games than any other team in the CHL … Has helped the Wheat Kings make the playoffs 17 of 18 years … Former member of the WHL Board of Governors Executive Committee … Currently sits as Chairman of the WHL Competitions Committee … Named WHL Executive of the Year in 1995 and again in 2010 … Claimed CHL Executive of the Year honours in 1995