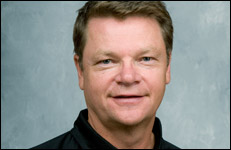 Director of the Hockey Canada Foundation Board of Directors … Has over 25 years experience in a wide variety of executive positions throughout the sports and entertainment industry … Founded Insight Sports Ltd., a well-known broadcast/production company … Has built properties such as The NHL Network, GOL TV, The World Fishing Network, Gold Rush 2002, Ultimate Gretzky and the long-running TV series The Business of Sports … Was VP Operations and Business Development at Maple Leaf Sports & Entertainment … Was part of the executive team that created and launched the Raptors brand experience (an innovative blend of entertainment, sport and music) … Was also President and COO of the Toronto Argonauts and was credited with the revival of football in the Toronto marketplace in the 1990s … Currently sits on the charitable boards of the Wayne Gretzky Foundation and Canada Basketball … In December 2007, The Globe & Mail named Brian as one of the top 25 most influential figures in Canadian sport … Lists a career highlight as being there when the Canadian Men’s National Team won their first Olympic hockey gold in over 50 years at the 2002 Olympic Winter Games in Salt Lake City, where he celebrated the historic win with Wayne Gretzky and team