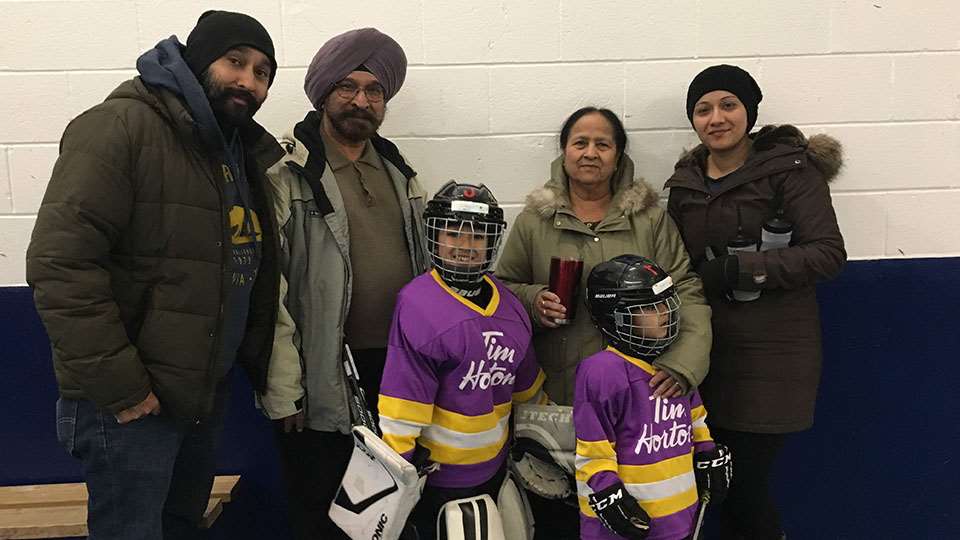 In celebration of International Women’s Day, we’re shining the light on girls and women impacting our game - from coaching to officiating, playing, cheering and supporting.

Efforts to grow the game are underway across the country. Bringing fun, safe, inclusive hockey to girls will help them grow into strong, confident, powerful women. Our National Women’s Team athletes lead the way through their continued efforts to increase visibility and positively impact the game for generations to come.

Here are 10 remarkable stories that exemplify the involvement and leadership of women in hockey across Canada, from the grassroots to the big stage.

Victoria, B.C., is at the forefront of changing the game for girls. The Capital Region Female Minor Hockey Association is combatting the decline of women's hockey participation and continues to see growth in the game 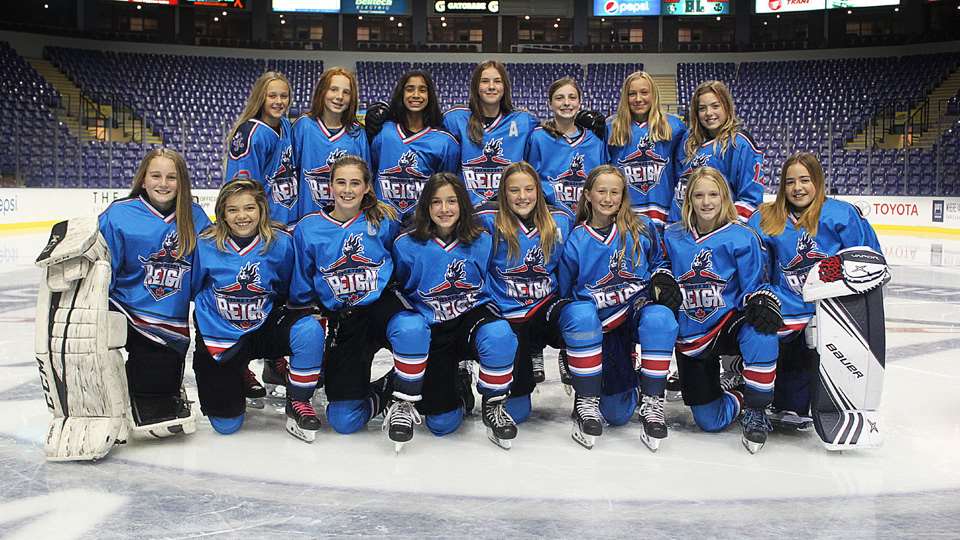 A NEW VICTORIAN REIGN
A desire to provide more opportunities for girls to play the game in Greater Victoria led to the founding of the Capital Region Female Minor Hockey Association.
Girls and Women in Hockey Hockey Canada Community

Women in coaching is becoming less and less of an anomaly. For Valérie Bois, spending a year learning from Caroline Ouellette and Danièle Sauvageau accelerated not only her skill-set, but her passion to continue blazing bench-boss trails. LEARNING FROM LEGENDS
Valérie Bois had a unique opportunity to elevate her coaching craft last season, working alongside a pair of Olympic gold medallists with the Canadiennes de Montréal.
National Coach Certification Program

Olympic gold medallist and two-time world champion Tessa Bonhomme reflects on her journey through hockey in Sudbury, Ont., and the life lessons she picked up along the way. Tessa’s continued impact on the game comes via her role as a TSN reporter and anchor. This is the story of 26-year Canadian Forces veteran Line Laurendeau, who shows her Canadian pride on her sleeve and her hockey jersey. The self-proclaimed ‘hockey nut’ and military hockey player has competed in 17 national championships, twice being named Top Goaltender and once, in 2004, winning a national title. 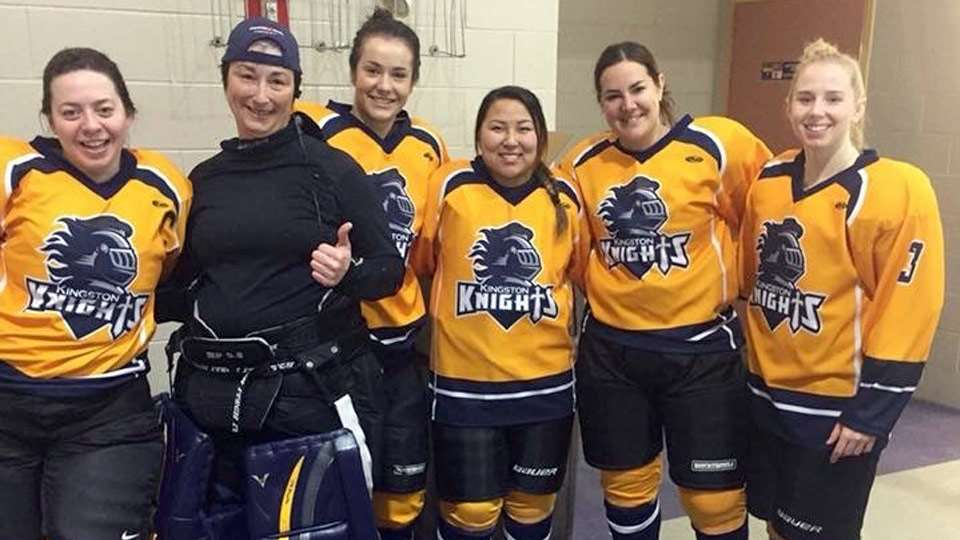 FORCES AT PLAY
CPO1 Line Laurendeau has two loves in life – hockey and the Canadian Forces – and years of dedication to both have played a major role in shaping the person she is.
Hockey Canada Community Remembrance Day

It’s official. Eleanor Muir might be the coolest hockey grandma we could possibly find. Thirty years wearing stripes has turned into mentoring young officials and inspiring not only her grandkids, but the next generation.

HC AMBASSADOR: ELEANOR MUIR
More than 30 years after she pulled on the stripes because she wanted to be a part of minor hockey in Russell, Man., the grandmother continues to mentor young officials.
Hockey Canada Community

Ève Gascon’s spike in Instagram followers was no accident. It was brought on by her name being etched into the history books as the first woman to tend goal in the Ligue de hockey midget AAA du Québec. Gascon has also caught the attention of legends Charline Labonté (her idol and mentor) and fellow Team Canada alumna Kim St-Pierre. 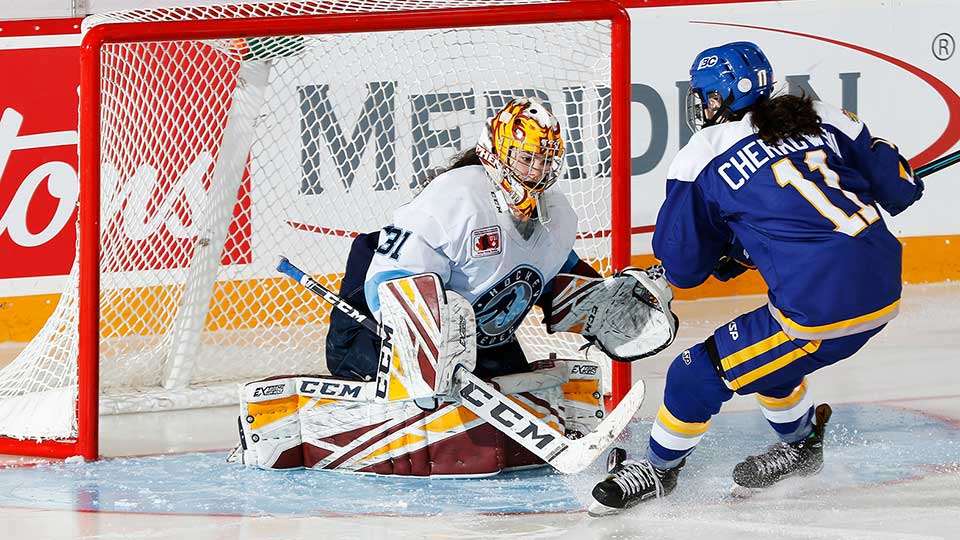 THE MASKED HISTORY MAKER
Quebec netminder Ève Gascon’s pathway through the game has echoed the road taken by her idol Charline Labonté – both have made history by playing with the boys.
2019 National Women’s U18 Championship

When people talk about Shellany Brewer, the words selfless, generous and passionate come up often. That’s because her impact on women's hockey in New Brunswick has been immeasurable on keeping girls in the game and making sure they have a place to play close to home.

HC AMBASSADOR: SHELLANY BREWER
Girls were choosing to leave the game, until Shellany Brewer stepped in and helped create the Central Female Hockey Association in and around Fredericton, New Brunwick.
Hockey Canada Community

In efforts to develop women’s para hockey across Canada, the Hockey Canada Foundation extended a $50,000 grant to support Women’s Sledge Hockey of Canada and its TrailblazeHERs project. The project’s mandate is to inspire over the course of a weekend of inclusion, coach education, female mentorship and fan engagement in Bridgewater, N.S. Twins often boast about a special magic when it comes to knowing one another. For Jordyn and Kyla Bear, members of the Ochapowace Cree First Nation, they bring this magic to the ice. The inspirational pair are community leaders when it comes to hockey and chasing their dreams. AN ASPIRATIONAL SISTER ACT
Jordyn Bear and her twin sister Kyla have goals on and off the ice – they want to advance their hockey careers and be role models for the Ochapowace Cree First Nation.
2019 National Women’s U18 Championship Tickets

Every year, Hockey Canada is proud to support the 13 members across the country in initiatives to grow the game for girls. This includes supporting programs such as Esso Fun Days and the First Shift, providing the opportunity to spark a lifelong love for the game. For more on women's hockey and girls-focused programming, visit HockeyCanada.ca/Hockey-Programs.

To donate to the Hockey Canada Foundation’s Hockey is Hers campaign, go to HockeyCanada.ca/Foundation.