Janes All In: Ann-Renée Desbiens 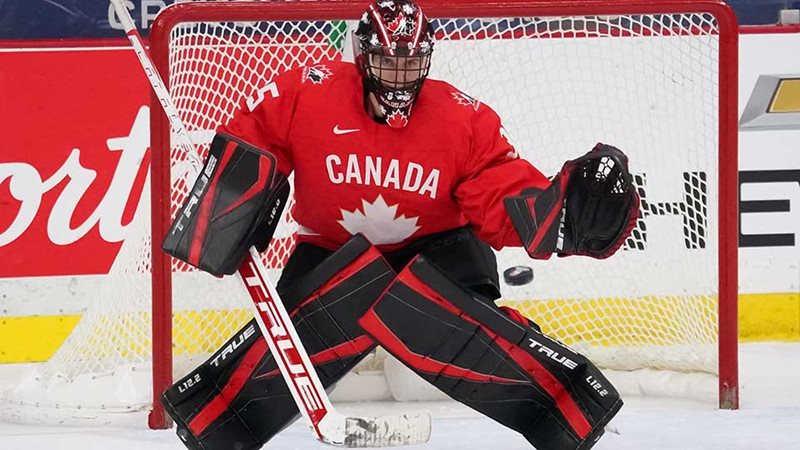 She won a silver medal at the 2011 IIHF World Women’s U18 Championship and gold with the development team at the 2015 Nations Cup before making her senior debut at the 2015 women’s worlds and posting back-to-back shutouts in her first two starts.

Desbiens has previous Olympic experience, earning the start in Canada’s opening game in PyeongChang in 2018 and making 18 saves in a shutout win over the Olympic Athletes from Russia, and she backstopped Canada to a gold medal at the 2021 IIHF Women’s U18 World Championship with a 23-save performance in the gold medal game win over the United States.

The La Malbaie, Que., native rewrote the NCAA record books during her four years at the University of Wisconsin, setting the all-time record for career shutouts (55), finishing her final two seasons with sub-1.00 goals-against averages and winning the Patty Kazmaier Award as NCAA player of the year in 2016-17. She was also twice named a First Team All-American, and helped the Badgers to four-consecutive trips to the NCAA Frozen Four.